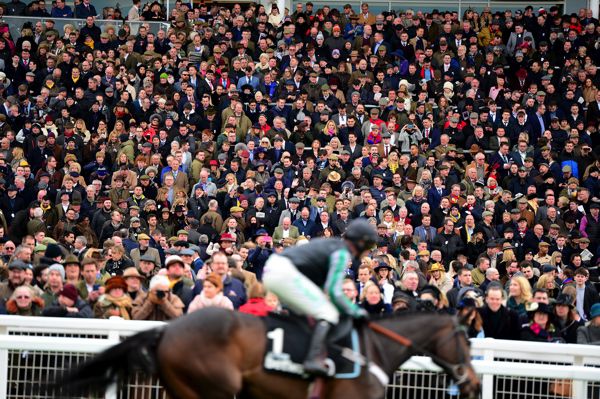 Nicky Henderson has confirmed Altior will not run in the Unibet Silviniaco Conti Chase at Kempton on Saturday.

Officials at the British Horseracing Authority issued a statement on Wednesday evening, calling on Henderson to clarify his position on the brilliant 10-year-old in what it called the “interests of fairness and transparency.”

The statement came after the BHA revealed Altior was still entered in the Kempton race and had not yet been scratched, despite Henderson ruling him out of the Grade Two contest on Tuesday. The BHA also said a veterinary surgeon would examine Altior at Henderson’s Seven Barrows yard.

Reporting Altior to have been in good form since the original announcement of his non-participation was made, Henderson told the PA News agency on Thursday: “As much as I would have liked to run him on Saturday, I feel that under the circumstances it is better not to — and therefore he will be taken out of the race and wait for future engagements, of which there are not very many, except for the obvious ones being the Clarence House (at Ascot) and the Game Spirit (at Newbury).

“The BHA vet came to see him this morning and totally agrees with me that the horse is fit, sound and ready to run, but obviously he doesn’t know the horse as well as we do and appreciates we might have seen a difference in him over Monday and Tuesday.”

Altior — for whom a scratching for Kempton came through from Weatherbys on Thursday at 12.27 — had to miss his previous intended engagement, in the Desert Orchird Chase at Kempton over Christmas, because of an abscess.

Henderson added: “Having had quite a heavy dose of antibiotics — which does not make anyone feel very well — he was in discomfort with the abscess. That has now resolved itself — and he just didn’t look his brilliant best (this week).

“His work last weekend was excellent, and his blood test is 100 per cent, and hence I was re-considering this weekend’s race. But under the circumstances, we are perfectly happy to drop it.

“We will run Top Notch and hope for the best.”