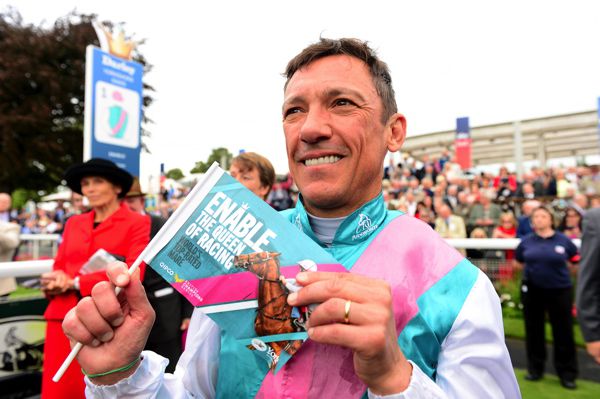 Frankie Dettori secured a new personal best tally of Group One winners in a season, even before Enable’s date with destiny in Sunday’s Prix de l’Arc de Triomphe, as Anapurna gained a determined success in the Prix de Royallieu at ParisLongchamp.

Allowed to dictate matters at the head of affairs, Dettori was registering his 17th win at the highest level of an incredible campaign.

The John Gosden-trained filly showed the guts and determination that had seen her succeed in the Oaks at Epsom earlier in the season, but she had only had one outing since that victory, when beaten in the Prix Vermeille won by her stablemate Star Catcher.

Dettori was on the winner that day, but he was reunited with Anapurna this time and bounced out into an early lead.

As he has done so many times around the Paris track, Dettori was able to dictate the pace to his liking, but Anapurna had to fend off multiple rivals.

The first persistent challenger was stablemate Lah Ti Dar and once she began to fade another Clarehaven inmate, Enbihaar, began to make relentless progress from the rear along with Aidan O’Brien’s Delphina.

Every time it looked as if Anapurna was beginning to tire, however, she just managed to find a bit more and proved the one-mile-six trip was no problem.

There was a bit of scrimmaging on the run to the line, with Delphina appearing to come off worst, but following an inquiry, the stewards left the result unchanged.

Dettori said: “She was slowly away in the Prix Vermeille. However, she made the running on this occasion and saw the trip out well.

“She’s very tough and, having already won a Classic, is clearly a very talented filly. I made the choice to have Anapurna racing in that part of the track, as she is a better filly when racing three to four metres away from the rail.

“Sunday will be a lot different. However, the win was my 17th Group One success of the season which is a personal best and I’m very happy.”