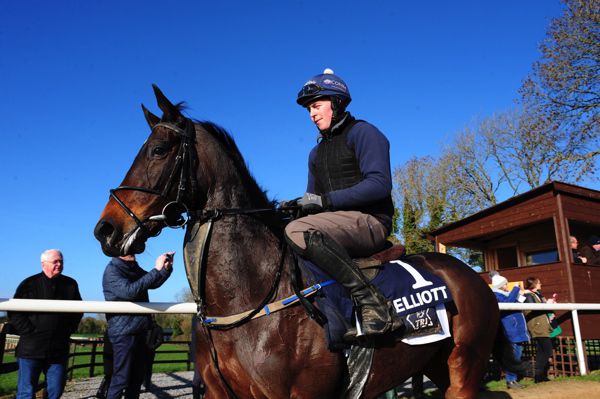 Apple’s Jade will face 14 rivals when she tries to put her lacklustre Cheltenham Festival effort behind her in Saturday’s Ryanair Stayers’ Hurdle at Aintree.

Gordon Elliott’s star mare was sent off the 6-4 favourite for the Champion Hurdle over two miles last month, but could finish only sixth and switches back up to an extended three miles in this Grade One event.

The form of the Stayers’ Hurdle at Cheltenham is also set to be well advertised with runner-up Sam Spinner leading the way, along with Wholestone (fifth), West Approach (ninth), Kilbricken Storm (11th) and Nautical Nitwit (last).

If The Cap Fits bypassed Cheltenham with Aintree in mind and is one of two runners for Harry Fry together with Unowhatimeanharry.

Dan Skelton’s Mares’ Hurdle winner Roksana is another notable contender, with Agrapart, Clyne, Lord Napier, Sykes, William Henry and The Worlds End — who was pulled up in the RSA Chase — completing the line-up.