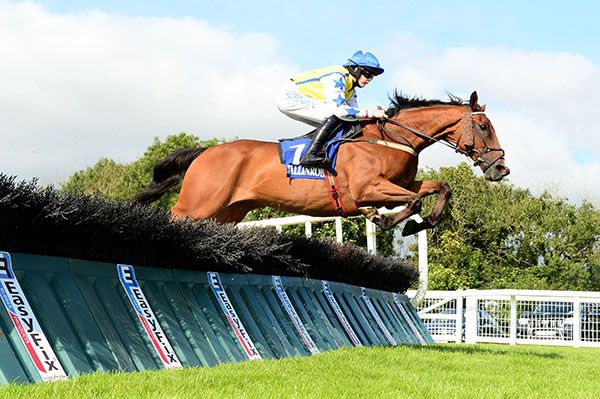 Ardamir (7/2) picked off the duelling pair of Politicise and Vado Forte to land the opening claiming hurdle at Ballinrobe.

Politicise and Vado Forte took over from Hooklinesinker at the second last with Ardamir soon adopting a stalking mission in third.

The leader, Politicise, had Vado Forte off the bridle after the last, however, Ardamir was unleashed three wide in the straight by Rachael Blackmore to lead inside the final furlong.

The 10-year-old gelding kept on well to see off Politicise (10/1) by two and a half lengths.

Vado Forte, the well-backed 6/4 favourite dropped two lengths out of the places in third.

Trainer Pat O'Donnell said: "A nice bit of business there by Peter Keogh who owns him and claimed him last year.

"He worked in the bookmaking industry in Malta for a good while and knows his figures. He rides out this horse, and one other, every morning before he goes to his day job and he's a big part of the operation at home.

"Obviously the yard is in ripping form. The 66/1 second the other night (Florey Spud at Wexford) was a bit embarrassing but we'll take it anyway!

"I'm delighted for Peter and Paul Costello who has come in on the horse lately.

"We don't really want to lose him but, if he is claimed, so be it."

Dropped 8lb after two unplaced runs in handicap company, Slick Chick capitalised on her new mark of 59 to land the seven-furlong nursery.