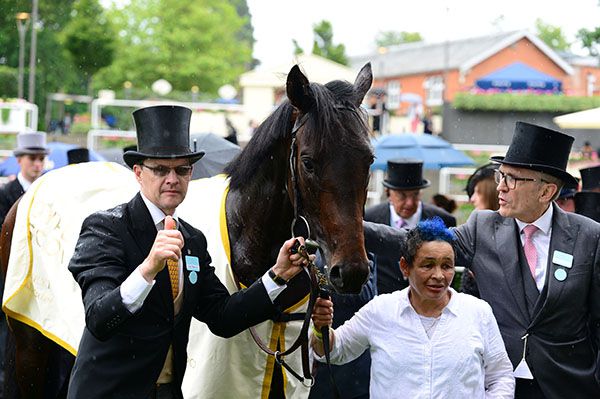 Arizona came home strongly to give Aidan O’Brien a ninth success in the Coventry Stakes at Royal Ascot.

Sent off the 15-8 favourite on the back of an impressive eight-length win at the Curragh, his supporters will have been a little worried early on.

Outpaced, Ryan Moore was riding him pretty vigorously from halfway, but the fine stamp of a two-year-old began to eat up the ground inside the final furlong.

Mark Johnston’s Makyon had led the field along under Silvestre de Sousa and entering the final furlong was still in front.

As his stride shortened the Archie Watson-trained Guildsman threw down a challenge before Richard Hannon’s Threat, the second-favourite, clicked into gear.

He had no answer to the son of No Nay Never, however, who beat Threat by half a length, with Guildsman a neck back in third.