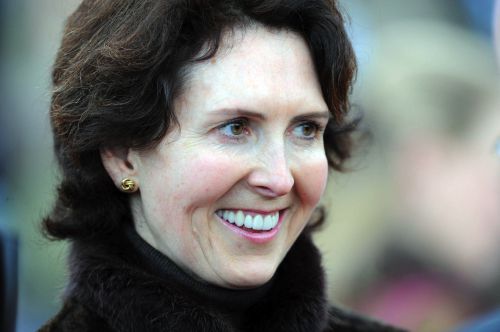 Venetia Williams has yet to decide whether to let stable star Aso take his chance under top-weight in the BetVictor Gold Cup at Cheltenham.

The nine-year-old has nine career victories on his CV — including a valuable handicap success at Cheltenham on New Year’s Day.

Aso returned to Prestbury Park to beat all bar Frodon in the Ryanair Chase in March, and began the new campaign by finishing third in last weekend’s Charlie Hall Chase at Wetherby.

Williams is mulling her options, which include the Ladbrokes King George VI Chase at Kempton on Boxing Day as well as next weekend’s big handicap at Cheltenham first.

She said: “It was a very pleasing performance at Wetherby — he has run a smashing race.

“I can’t say where he is going to go just yet, but he has come out of the race fine.

“He has the entry in the BetVictor, and that might come too soon, but I’m not sure at the moment.”

Aso has excelled at trips close to the two and a half miles of the BetVictor, but indicated again at Wetherby that three miles is far from beyond him.

Williams added: “The thing is, when you get to that sort of level, you don’t have too much choice with the trip.

“You hope he can collect a big one — and we will head back to the Ryanair in March — but there is plenty of water to go under the bridge between now and then.

“He has an entry in the King George as well, and that could be another option.”