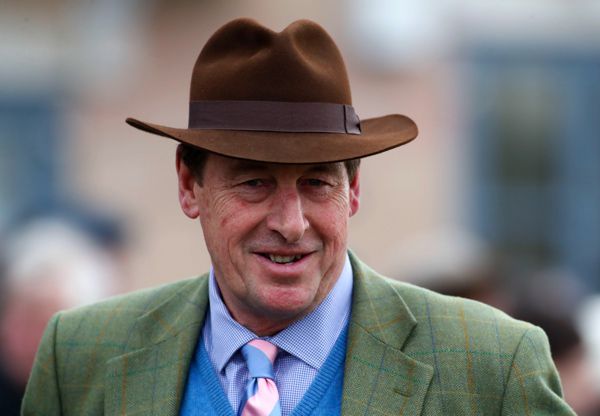 Kim Bailey will give Vinndication time to recover from his impressive victory at Ascot before nominating the six-year-old’s next target.

Vinndication returned to form with a five-length victory on his seasonal reappearance in Saturday’s Grade Three Sodexo Gold Cup, seeing off the likes of Regal Encore and Black Corton in the process.

Bailey intends to monitor the promising chaser’s progress at home and only then start plotting his next move.

“He’s fine, but we’ve no idea where we’ll head next,” said the Gloucestershire trainer.

“We’ll give him time to get over the race, and then we’ll see. He seemed fine afterwards, so we’ll think about it over the next few days.”

Vinndication resumed winning ways at Ascot, having remained unbeaten in his first season — claiming a bumper on his racecourse debut before going on to take three successive novice hurdles.

That stellar form rolled over into his first foray into novice chasing, when he won at Carlisle before claiming the Grade Two Noel Novices’ Chase at Ascot.

A third in the Scilly Isles Novices’ Chase followed as he stepped up to Grade One company, before the gelding finished fifth in the JLT Novices’ Chase at the Cheltenham Festival — both times behind Defi Du Seuil.

Bailey enjoyed a second winner last weekend when Two For Gold triumphed in the Gordon Richards Chase at Carlisle.

The gelding was tackling fences for the first time as he justified his status as 11-4 favourite.

Bailey said: “We’ll see what the handicapper does, but we’ll give him a few weeks before we make plans.

“He jumped very well — we were happy with him.”