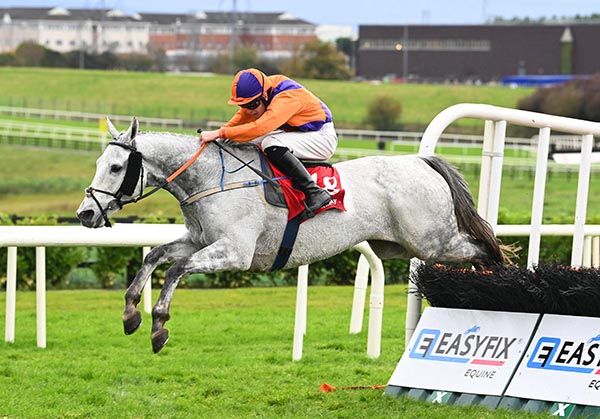 Denis Hogan's Ballyadam Destiny bounced right back to form with a game effort off the front in the 2m6f handicap hurdle on Galway's card.

The 20/1 shot (from 40/1 in the morning) was on bottom weight for this competitive looking handicap and continued jockey Daniel King's golden week as he made it four winners in four days (two on the Flat and a couple over jumps).

The pair made every yard on this attritional ground and had more than enough in the tank to fend off the 'big guns' when they jostled for position before the last.

Runner-up Moving Water (4/1), third-placed Coventry (3/1f) and fourth Merlin Giant (9/2) all tried to reel in the leader, but they wilted on the run-in as Ballyadam Destiny forged home by four and a half lengths.

King said: “He travelled well the whole way and jumped super as well.

“I got an easy lead out in front but to be fair to him he jumped the last two well and he quickened clear from them. He galloped all the way to the line.

“Things are going great and hopefully it can stay like this.”