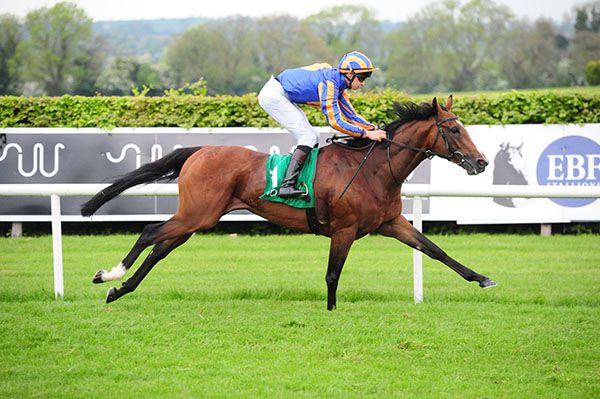 Aidan O’Brien’s Queen’s Vase runner-up Barbados will bid to go one better in the Bahrain Trophy at Newmarket on Thursday.

The Galileo colt was a largely unconsidered 20-1 shot for the one-mile-six-furlong Group Two at Royal Ascot last month, but ran a fine race in defeat — going down by just half a length to Andrew Balding’s Dashing Willoughby.

Plenty of punters will fancy him to go one better in this Group Three contest, which is a recognised trial for the St Leger.

John Gosden relies on Waldstern to provide him with a record sixth victory in the race, while other hopefuls in a nine-strong field include Michael Bell’s Eagles By Day, Mark Johnston’s Nayef Road and David Simcock’s Spanish Mission.

The New Approach colt became the first horse to carry the royal blue silks of Godolphin to victory in the premier Classic at Epsom last season, but a leg injury kept him off the track for the remainder of the campaign.

Charlie Appleby’s charge made his long-awaited return to action in the Hardwicke Stakes at Royal Ascot last month and was far from disgraced in finishing fifth.

Masar is likely to be a hot favourite to rediscover the winning trail almost three weeks later — despite having a shade over three lengths to find with Sir Michael Stoute’s Hardwicke Stakes third Mirage Dancer.

Johnston saddles Baghdad — a narrow winner of the Duke of Edinburgh Stakes at the Royal meeting — as well as Communique.

The aforementioned Dashing Willoughby bids to follow up his Royal Ascot triumph, while Desert Encounter from David Simcock’s yard completes the sextet.

The son of Dark Angel created a huge impression when making a successful racecourse debut over this course and distance last month and will be well fancied to follow up — with Frankie Dettori taking over in the saddle from Ryan Moore.

The standard is set by Archie Watson’s Guildsman — who was beaten just three-quarters of a length into third in the Coventry Stakes on his latest appearance.