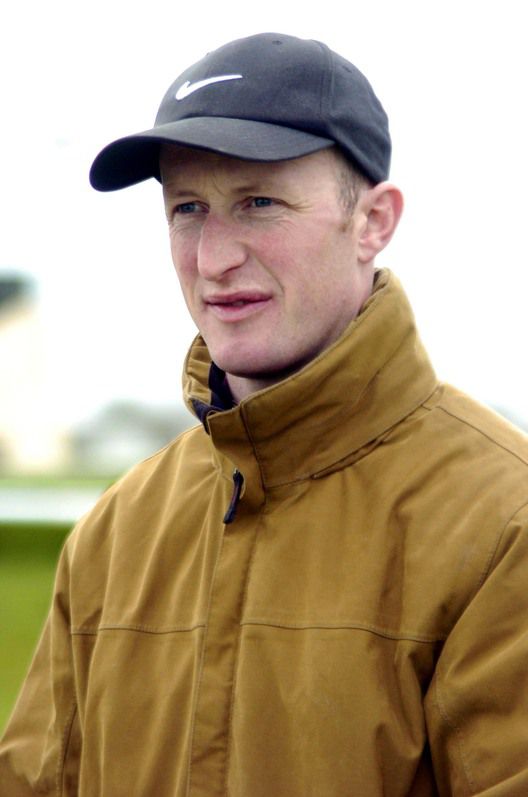 It is hard to believe 15 years have passed since Brave Inca and War Of Attrition served up a real treat in the Supreme Novices' Hurdle at Cheltenham.

Hindsight is a wonderful thing, of course, but given what both horses went on to achieve it is fair to say now that the opening race of the 2004 Festival has secured its place in the annals of Cheltenham history.

Remarkably, Brave Inca, who prevailed by a head, went on to win the 2006 Champion Hurdle, with War Of Attrition successful in the Gold Cup in the same season.

Colm Murphy, who trained Brave Inca so adeptly throughout his career, was shocked when reminded how long ago the famous race was.

"Jeez, 15 years is it," said Murphy, whose charged edged the Mouse Morris-trained War Of Attrition by a neck.

"He was a late developer, but he was one of those horses who just kept on improving. I’d be lying if I said I thought he was going to improve that much, though.

"It's hard to believe in a Supreme Novices' that you have a future Champion Hurdle winner and a future Gold Cup winner jumping the last together. At the time you don’t appreciate it as much, but looking back I certainly do now.

"We started him off over hurdles before taking him into bumpers, they’ve changed the rule so you can't do that now, but I suppose it was like running a handicap hurdler in a bumper.

"When he won a couple of bumpers we could start him off in a handicap hurdle off a low mark and he won a couple before we went for the Deloitte, which was always the best novice hurdle run before Cheltenham.

"I think he was favourite going over that year and thankfully he won. Barry (Cash) had a great relationship with him, he knew him so well as he did all his home work on him.

"Mouse's horse was a big price and jumping the last I thought we'd win it, but looking back now you can see why it took so long to shake him off. It was great to come out on the right side of it, it’s a great place to win."

Brave Inca was renowned for his toughness throughout his career and went on to form a great partnership with Tony McCoy and had either the fortune or misfortune, whichever way you look at it, to be around in a golden age of Irish hurdlers.

Dual champion Hardy Eustace, Macs Joy, Harchibald and later on Sublimity seemed to serve up an epic every other month.

"In hindsight we all didn’t realise what an era it was, but at the same time we were unlucky because in another time they'd have won so many more races. They were all great horses in their own right," said Murphy, who revealed Brave Inca was close to going chasing at one stage.

"We schooled him over fences after he won the Punchestown novice hurdle, the race after the Supreme. The owners had a dilemma over what to do. He was just as good jumping fences, but the feeling was why go over fences when he’s so good over hurdles.

"That would have been the time to do it, I think, but once we made the decision we were happy to stick to it and we hoped he would keep improving to be a Champion Hurdle horse."

Sadly Murphy, despite also training the likes of Champion Chase winner Big Zeb, Grade One winner Featherd Lady and the classy Voler La Vedette, felt he could no longer make the training game pay and quit the ranks in 2016.

"I miss the big days now, but it’s so hard to be competitive - you need a lot of horses to make it pay and once we dwindled in numbers we couldn't compete, two men are so dominant, it’s different from when I started."

Morris is still training and looks back fondly on War Of Attrition's career, the first really good horse owned by Michael and Eddie O’Leary of Gigginstown House Stud.

"Things didn’t pan out right the time before the Supreme which meant he went there as a forgotten horse," began Morris.

"To have a future Champion Hurdle winner and Gold Cup winner jumping the last upsides in the Supreme, looking back it was something special, just a shame we didn’t win.

"He always looked a chaser to me, so it was an easy decision to go novice chasing the following year. I think he was just about the first good horse Gigginstown had, he gave them the disease."

The following season War Of Attrition was seen as the Irish banker in the Arkle - but could finish only seventh.

"When the Arkle came about he had a hiccup, I didn’t get enough experience into him. I had to rush him to the Opera Hat which he still won," remembers Morris.

"He made a mistake at the first or second and was always on the back foot. In fairness to Conor (O’Dwyer) he didn’t knock him about. He got his Grade One at Punchestown and then the next year he blossomed.

"He was a different horse on good ground so when he was able to finish second in a Lexus on soft I knew he’d be better off at Cheltenham.

"I never considered bringing him over for a King George because I don’t think he’d have been sharp enough for Kempton."

Morris has since won a Grand National with Rule The World in 2016, also in the Gigginstown colours.

"I’ve been lucky enough to win a Gold Cup and a National. I certainly remember more about the Gold Cup! They are both two great races to win and I couldn’t split them to be honest — it’s all downhill from there anyway!" he said.

"War Of Attrition was a hell of a good horse, the speed to win over two miles, but the stamina to win a Gold Cup — it was such a shame he missed the best part of two years, but that’s jumping.

"He still came back to win graded races, that was pleasing and the reception he got when he won the Galmoy was great.

"I’d say that Supreme has to be one of the races of the century given what the two of them went on to achieve."