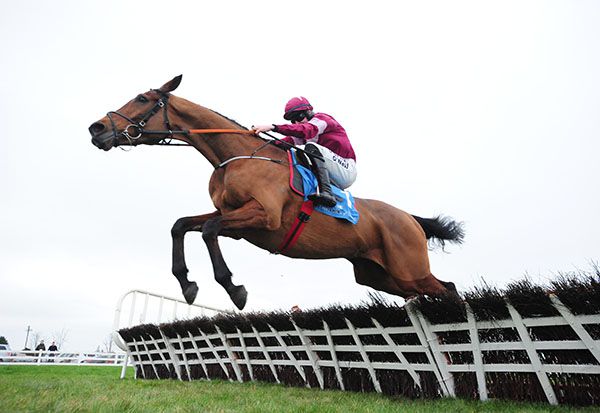 Gordon Elliott has 12 entries as he bids for a second successive win in the Ballymore Novices’ Hurdle at the Cheltenham Festival.

The Cullentra handler claimed the two-mile-five-furlong contest with Samcro last March and this year’s potential squad is headed by Grade One winner Battleoverdoyen and the exciting Vision D’Honneur.

Willie Mullins, who has lifted the Ballymore on four occasions, has a remarkable 33 entries out of Ireland’s total of 77.

They include top-class bumper performers Relegate and Tornado Flyer, plus the improving Easy Game.

The JP McManus-owned gelding propelled himself to the head of the betting with a commanding victory in the Challow Novices’ Hurdle at Newbury.