Bellewstown brace for the O'Brien brothers 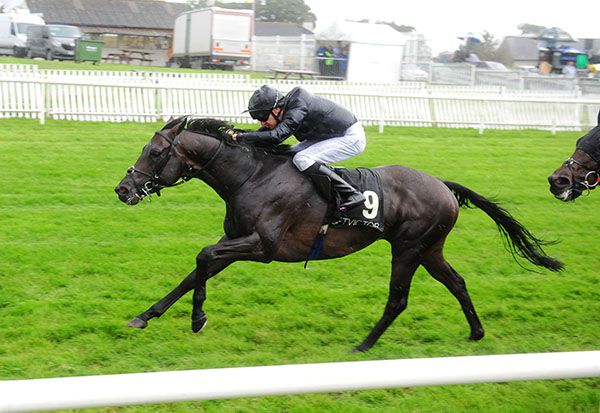 It was easy to see where Donnacha O’Brien’s “He did it well. He’ll be better when he goes further. He’s uncomplicated,” came from, after he won the featured BetVictor “Bellewstown Bowl” Handicap on Royal Aide

The Galileo three-year-old, evens favourite to follow up on a Killarney win from six days earlier, beat Construct and Lusis Naturea by a length and half a length.

Earlier O’Brien stayed dry and didn’t have to exert himself to win the Phil Kierans Memorial Maiden (Plus 10 Race) on Phase After Phase.

His brother Joseph, trainer of Royal Aide, also has care of Phase After Phase.

That juvenile sprint saw the Piltown team send out the third placer in Liquor Scholar too.