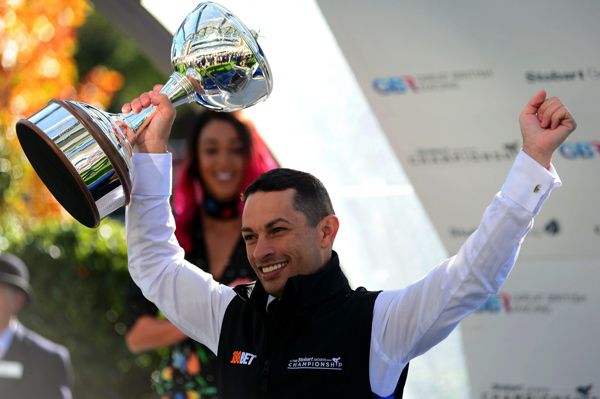 Rod Millman put his name on the Weatherbys Super Sprint roll of honour 22 years after his first success in the £250,000 prize when Bettys Hope and Silvestre de Sousa headed Show Me Show Me in the final stride of the Newbury showpiece.

Bettys Hope rescued the bookies from a bit of a hammering, as she beat the hot favourite and ante-post gamble Ventura Rebel into fourth, although most firms paid out on that placing.

The daughter of Anjaal was picked up at Ascot Sales for a song by Millman’s wife, Louise — something of a surprise considering the filly is out of a half-sister to champion sprinter Kyllachy.

Celebrating his biggest success, Millman explained: “My wife is watching racing at a motor circuit with our son James. She picked out this filly at the sale and as there was no interest she paid just three grand.

Millman can point to the popular stayer Sergeant Cecil as his other notable achiever and recalled Lord Kintyre winning this race in its infancy.

He added: “We still have Lord Kintyre in the yard, aged 24. And Bettys Hope can hopefully go on from this. I was a bit nervous when she stood up in her stall, but thankfully all was well and I thought Silvestre gave her a fantastic ride.”

But it was a case of what might have been for Richard Fahey, who along with Show Me Show Me and Ventura Rebel, was also responsible for the third home, Mighty Spirit.