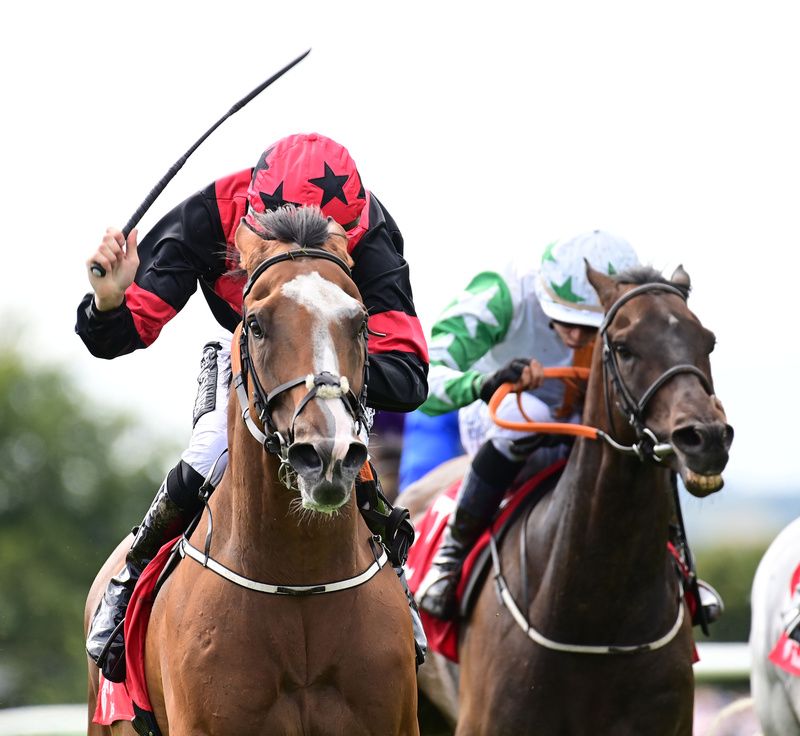 Current Option is one of two potential Ado McGuiness contestants in the race. The 2020 victor is attempting to emulate Kings River, Wizard King and Yulong Gold Fairy by becoming a dual winner.

It is one of Joseph O’Brien’s quintet, Snapraeterea that is the highest-rated horse still remaining. His father’s charges, Glounthaune and New York City would be very competitive on their marks too were they to run.

Having never raced over further than six furlongs, New York City may not take up this seven-and-a-half-furlong engagement but O’Brien Snr has given himself options with Group 2 Boomerang Mile runner-up Glounthaune, Galleria Borghese, who finished third in the Group 2 Blandford Stakes and was fifth in the Group 3 Coolmore Stud No Nay Never Fairy Bridge Stakes over course and distance prior to that, and Prettiest also possible participants.

“Galleria Borghese could go to Tipperary for the Concorde,” said Aidan O’Brien. “She was a little disappointing in Gowran (when 14th of 16 in a Group 3) but we probably ran her back too early after the Blandford and she’s back in good form again.

“We’ve been very happy with Glounthaune since he ran so well to be second in the Boomerang Mile at Leopardstown over Irish Champions Weekend. He also has the option of the mile group race (Prix Daniel Wildenstein) in Longchamp on Saturday but we’ll decide on that in the morning.

“New York City is in good form after finishing fourth in the Flying Five at Irish Champions Weekend and it’s more probable that he will go for the Abbaye on Sunday.

“Prettiest is in good order but after running at Cork today, it’s unlikely she’ll bounce out again so quick but we’ll see how she comes out of it before making a definite call on it.”

Ger Lyons, who won the Coolmore U S Navy Flag Concorde Stakes last year with Maker Of Kings, has six that stand their ground, including the Group 3 Gladness Stakes 1-2 of Markaz Paname and Sh Boom. Another of Joseph O’Brien’s team, Thunder Moon was third at The Curragh on that occasion and may also reoppose.