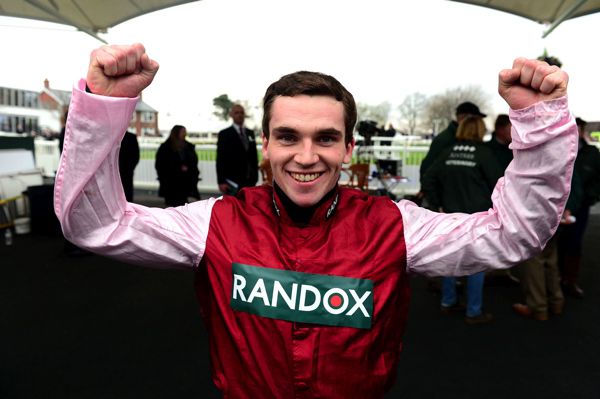 Not So Sleepy ran his rivals ragged with a tremendous all-the-way win in the Betfair Exchange Trophy Handicap Hurdle at Ascot.

Successful over the course and distance four weeks earlier, Hughie Morrison’s seven-year-old made the most of his light weight to romp home in the hands of Jonathan Burke.

The only serious worry his supporters had was when he almost tried to run out at a flight halfway through the race, an obstacle at which Zanza and Quoi De Neuf both came down.

In an eventful renewal, Richard Johnson made a remarkable recovery to stay on Crooks Peak, who made a bad mistake at the second flight.

But it was all about Not So Sleepy (9-2 joint-favourite), who galloped on strongly to score by nine lengths from Monsieur Lecoq. Sir Valentine was four and a half lengths back in third place.

Morrison landed the equivalent of the Grade Three event in 2001 with Marble Arch, who went on to finish runner-up to Hors La Loi III in the Champion Hurdle the following spring.

The East Ilsley trainer was quick to remark that might be same route followed by Not So Sleepy.

He said: “He was rather amazing. It took my breath away. I thought he was going well round the bend.

“Maybe it wasn’t a very good race, but he certainly won it well. He won the Dee Stakes in bottomless ground in 2015 and I suspect this was deeper, and he ran a big race on firm ground at Newmarket, poor boy — and how I possibly could have run him on that, is really rather embarrassing.

“He is a home-bred and he has given us quite a lot of white hairs at home — he doesn’t want to do anything other than gallop.

“We won this race 18 years ago, not so easily, and ran again at Newbury and the horse disappointed, and then came second in a Champion Hurdle. You can only but dream that has to be the ultimate objective.”

He added: “He didn’t have a lot of weight, but he won with a stone in hand and he’s eight, so there is not a lot of point in messing around with novice handicap hurdles at Cheltenham any more, but he could run at Newbury of course.”