Big success at Warwick for McManus and McLernon 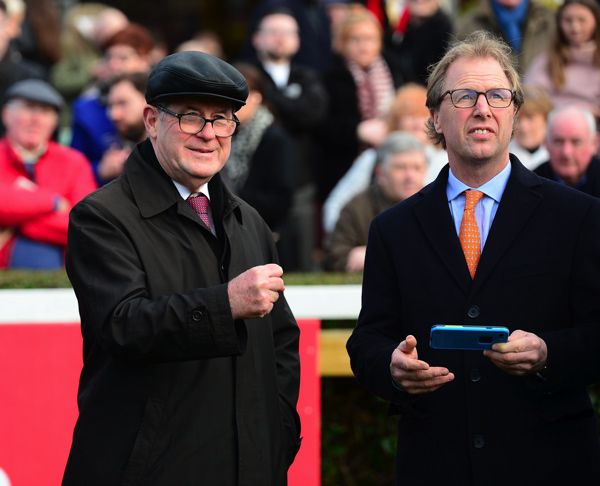 Harry Skelton fired Captain Chaos into most of his fences and his mount responded willingly most of the way around, stretching the field from a long way out.

As the five quick fences down the back straight on the final circuit thinned out the challengers, there were just three in with a realistic chance, with eventual winner Kimberlite Candy on the outside of Ladbrokes Trophy runner-up The Conditional, who was still seemingly going well.

Winning rider Richie McLernon had The Conditional on his inside turning onto the straight and when the latter started to toil, McLernon kicked for home.

Kimberlite Candy, who was second in the Becher Chase last time out, looked full of running as he powered over the line 10 lengths clear for trainer Tom Lacey. Petite Power stayed on from a long way back to beat The Conditional for third.

Winning trainer Tom Lacey said: “He’d never backed up a good run, so that obviously was a concern. He’s a year older and everything he does in his work, he’s taking it better. Before he was always behind the bridle.

“Richie got him into a lovely rhythm, but said he didn’t jump as well as he has done previously at Aintree (in the Becher).

“We’ll see about the National. It would have to be soft ground. There’s no point going there on quicker ground. He has to go up to get in anyway. It’s an option.”

McLernon added: “He did it well. The National is a long way away yet. I’ll let them make the targets. I’m just lucky enough to get the ride on him.

“Normally, jumping is his main thing and he jumped so well around Aintree the last day. Just because he was back over these today, it took him a while to warm up.

“No one wanted to go on, so I just got a clean passage the whole way round.”

Dan Skelton was thrilled with the performance of the runner-up and said: “It was a really great run. I’m just gutted for the horse. He’s been second in four top-class staying chases now.”

The Conditional’s rider Brendan Powell felt the race did not work out in his mount’s favour.

He said: “He made a few mistakes. The ground was tackier than it was at Newbury and not as wet as it was at Cheltenham.

“He’s still a young horse. It’s easy to forget he’s still a novice. I’ve not lost any faith in him.”