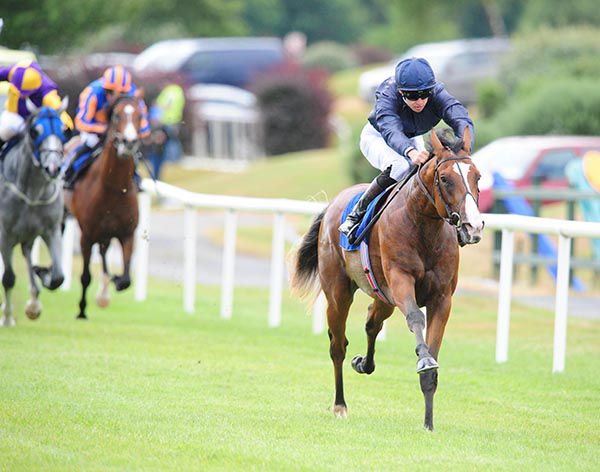 The likes of Magna Grecia, Norway, Mount Everest and Epsom winner Cape Of Good Hope are also among the 61 colts left in the Derby trial.

The handler favours the May 16th contest for his charge, who is a son of former Morrison inmate and Classic-placed runner Shirocco Star, but nothing is yet set in stone.

Telecaster was, however, taken out of the Derby earlier this year so a trip to Epsom might be unlikely for the New Approach colt.

"I think the Dante is the vague plan, but it is still three weeks away and we might back off and do something different - something a lot easier," said Morrison.

"That is the outline plan at the moment, but three weeks is an awful long time in the career of any horse.

"We got a bit of a form update on Saturday when the fourth at Doncaster (Dubai Instinct) won and Andrew Balding’s horse who beat us (Bangkok) runs in the Classic Trial at Sandown.

"He's like his mother - he has a very strong cruising speed, but he can keep going at the end of it.

"He's not in the Derby, but there are plenty of other things to go for, it’s just one of those things. We took him out before he'd run."

Too Darn Hot, Line Of Duty, Sangarius, and Phoenix Of Spain are just some of the more notable entries.