Byron out of luck in race named in his honour 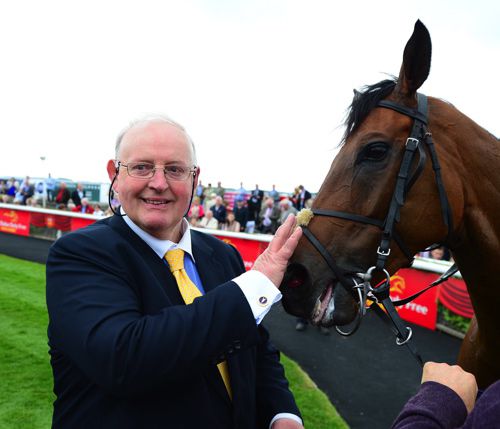 Gordon Lord Byron finished unplaced behind Qaysar in the race named in his honour at Haydock on Thursday.

Tom Hogan’s globetrotting star, who was having his 103rd career outing, has won close to £2million in prize-money.

Unfortunately he failed to add to that on this occasion as, ridden by Frankie Dettori for the first time, the 11-year-old was caught out for pace with two furlongs to run and began to drop through the field as Richard Hannon’s Qaysar (5-2 favourite) hit the front.

To his credit Gordon Lord Byron ran on again at the finish, but could only finish fifth of the six runners, while Dubai Dominion closed to within a neck of the winner.

Sent off the 5-2 favourite, Qaysar continues to progress, having been successful at Newbury and Newmarket last month, and was conceding upwards of 4lb on this occasion to all his five rivals.

Hannon was at Salisbury, where he said: “He’ll have loved the ground. We weren’t sure whether to run him given the maths of the race as it didn’t look like he could win.

“But he’s running very well at the moment and he’s gone and won. Seven furlongs on a flat track suits him.”