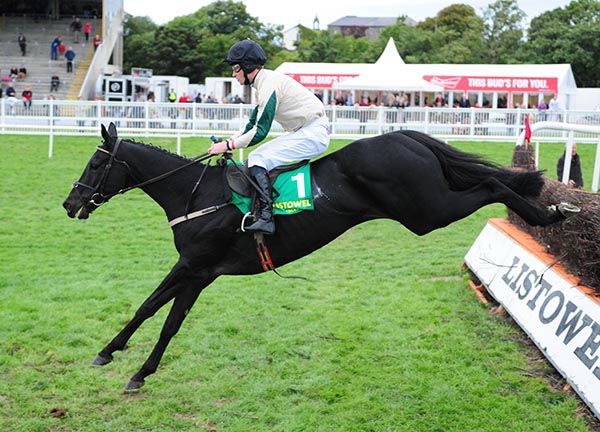 Warthog battled back admirably to claim a narrow victory in an attritional renewal of the Caspian Caviar Gold Cup.

David Pipe’s grey had run a fine race to finish third in last month’s BetVictor Gold Cup on his seasonal reappearance — and while he has previously struggled for consistency, he returned to Cheltenham towards the head of the market as a 7-1 chance under David Noonan.

The seven-year-old cut out much of the running four weeks ago and was once again ridden prominently, initially taking the 13-strong field along before taking a lead from outsider Imperial Presence.

As the latter faltered, Warthog was back in front before the home turn, but looked booked for minor honours once again after being joined and passed by 40-1 shot Spiritofthegames after the final fence.

However, with both horses tiring in the testing conditions, Warthog managed get back up and claim a thrilling contest by a head.

Pipe said: “In the past he has been a bit of a weak finisher and I wasn’t really confident. We half thought about going for the two-mile race, but had no weight in this, so we decided to give it a go.

“Last season he started off at Sandown really well, but he didn’t progress from there. His jumping went to pot and he lost his confidence.

“David Noonan gets on well with him and it was important to get a good start and get the first few (fences) right — it was poetry in motion after that.

“This is more of a galloping track than the one the BetVictor was run on and David was keen to keep hold of him as he folded a bit last time, but in fairness, he found loads today.

“It’s nice for the yard and for the owners.”

He said: “I’m gutted. He was two lengths ahead on, but the other one came back and is obviously a very tough horse.

“We were just desperate for the line to come. If the last 100 yards were on better ground he may have held on, but there are no excuses.

“I thought we had it won after the last. There is a nice race in him, but he will go back up in the handicap now, which makes it that bit harder.”

The Willie Mullins-trained Irish raider Robin Des Foret travelled strongly for a long way and was just three-quarters of a length behind the front pair in third.