Charmil hangs on after drama at Ascot 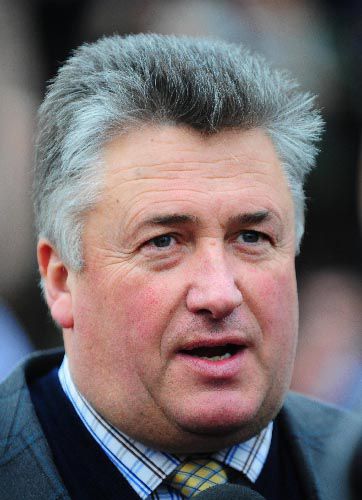 Diego Du Charmil had to survive an extraordinary incident alongside stablemate Capeland at the final fence — and then an inevitable stewards’ inquiry — to win the Byrne Group Handicap Chase at Ascot.

Lorcan Williams and Diego Du Charmil were being strongly challenged by Bryony Frost on Capeland when the narrow leader appeared to be spooked by loose horse Ballywood and veered sharply left towards the wing of the fence.

He managed to jump the obstacle — albeit a foot higher than usual, over the upright just inside the wing, while Capeland was forced to crash into the plastic — and it was a remarkable effort from both horse and rider to rally after losing ground and momentum to defy the chasing pack and lead on the line.

Diego Du Charmil, who was completing a double for Nicholls after Frost and Ecco’s 11-10 win in the GL Events UK Novices’ Hurdle, prevailed at 13-2 by half a length from favourite Clondaw Castle.

Capeland was, however, disqualified — being deemed to have taken the wrong course, after which he was eased by Frost once their chance was gone.

On a day filled with drama, there were moments of alarm too in both the feature Sodexo Gold Cup Handicap Chase — won impressively by Kim Bailey’s Vinndication — and Gumball’s victory in the Sodexo Handicap Hurdle.

None was quite on the scale of what happened as Nicholls’ two contenders approached the last with the Listed two-mile one-furlong handicap chase apparently between them.

Williams could eventually breathe a sigh of relief when the stewards ruled Diego Du Charmil should keep the race.

He told Sky Sports Racing: “I’ve never seen (anything) like that, or ridden one like it — but I have today!

“He’s just obviously followed the loose horse. Being an older horse, I didn’t think he’d actually do that.

“He was clear (of the pack) and always doing enough.”

Asked if he would have felt hard done by to have the race taken away, he said: “Yes, definitely.

“We’ve taken off and jumped the fence. Unfortunately, Bryony wasn’t so lucky and went in between the wing and the fence.”