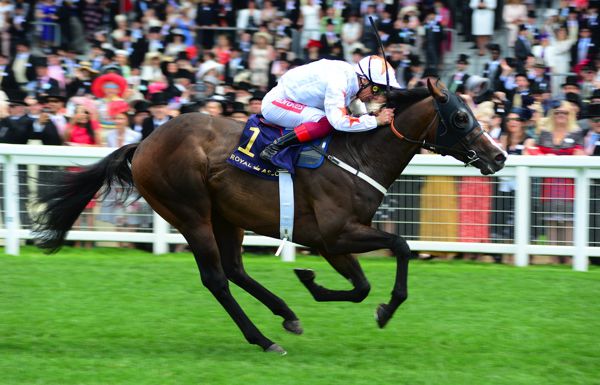 Royal Ascot winner Advertise is among 15 confirmations for the Darley July Cup at Newmarket.

Sir Michael Stoute’s five-year-old has taken his form to a new level this season, and came within a head of denying Blue Point his famous Royal Ascot double.

Another one bringing Royal Ascot form is Roger Varian’s Cape Byron, who landed an almighty gamble in the Wokingham but faces a steep rise in grade from handicaps to Group One company.

Varian said: “It is a big jump from a Wokingham to a July Cup — but he is rated 113, so he is not going to be out of place in the line up.

“He is streetwise and has been around now, and is pretty uncomplicated.

“He goes on any ground bar very soft. There is a bit of rain around this week. It doesn’t look at this stage that it will get very soft, but it would concern me if the ground got very soft.

“He is a nice horse to have going into the July Cup.”

Aidan O’Brien’s Ten Sovereigns was unbeaten at two but failed to stay in the Guineas and was behind Advertise at Ascot, so now has something to prove.

All The King’s Men, Fairyland and So Perfect could also all go for Ballydoyle while Joseph O’Brien could run Speak In Colours.

Former winner Limato has been left in along with Brando, who has gone close a few times in this race for Kevin Ryan and is accompanied at this stage by stablemate Major Jumbo.