Darver aims to Star in Fairyhouse 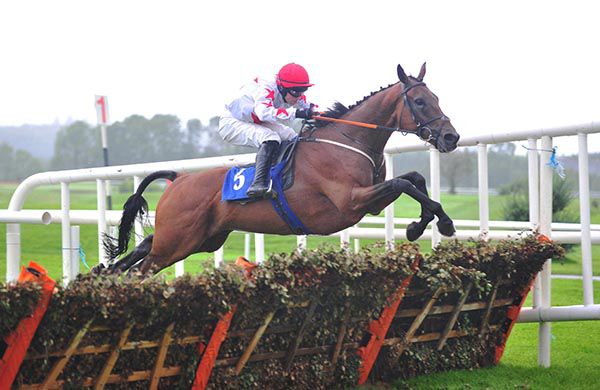 Gavin Cromwell's charge is in rude health after rattling up a four-timer over hurdles between August and October.

The seven-year-old gelding has seen his mark soar to 145 from 119 when he started his winning spree in a rated hurdle at Downpatrick in the summer.

Gavin Cromwell said: “Darver Star is probably not up to winning a Grade 1 but it’s his last day as a novice and for the owners it would be fantastic to even have a place chance in a Grade 1.

“I’d say we will probably go that way. He’s off 145 and has top-weight in the handicap.

“He’s won over two (miles) but I always thought he stayed well. I’d say we’ll go chasing with him after Christmas.

“Ilikedwayurthinkin will probably go for the Baroneracing.com Handicap Hurdle. We had him entered in the good handicap hurdle in Listowel but he didn’t make it.

“The race in Fairyhouse looks an obvious place to go.”