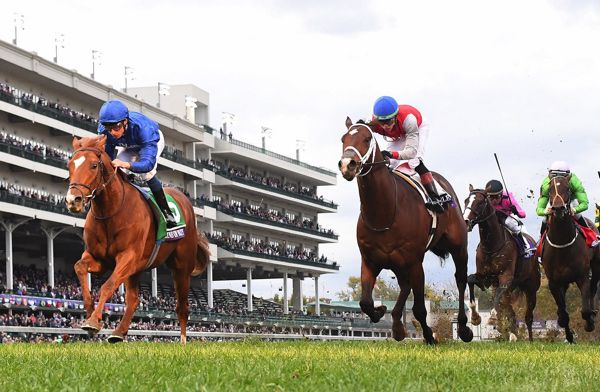 Charlie Appleby will delay his decision over Line Of Duty's possible participation in next month's Investec Derby.

Last year's Breeders' Cup Juvenile Turf winner beat only one home on his seasonal return in the Dante Stakes at York last week.

Although Appleby is not ruling the son of Galileo out of the Epsom Classic, he warns he needs to come forward considerably to warrant his place in the line-up on June 1st.

The Newmarket trainer said: "It was a bit of a disappointment (at York).

"As we know, it is a strong race and it was a competitive renewal of the Dante. Turning in, we knew our fate - that it was just not going to happen."

Appleby is wary of writing off Line Of Duty's Derby prospects just yet, though.

"The ground would have been quick enough for him, but at least we have a run under our belt," he added.

"He seems to have come out of it well.

"On that evidence he is not a Derby horse, but we will just regroup, and there are no set plans yet.

"We will see what he does over the course of the week, but he has got to come forward to be a Derby horse."