Donnacha O'Brien hangs up his boots to go training 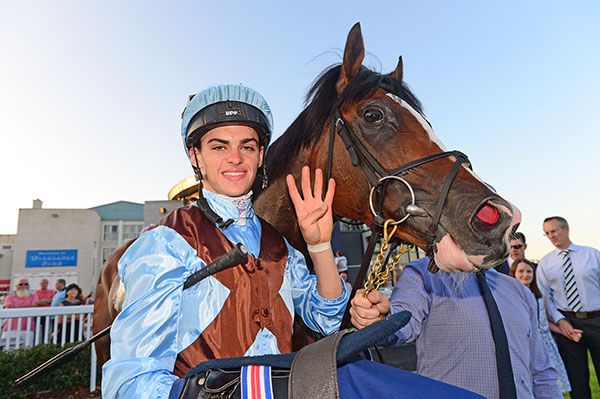 Champion Jockey Donnacha O'Brien has announced this evening that he will concentrate on training next season.

The 21-year-old six-footer has struggled with his weight over the last two seasons and said on Twitter this evening: "After thinking about things for a while I have decided to concentrate on training next year."

"Riding has been very good to me and I owe everything to the people around me. I want to give special thanks to the Magnier, Smith and Tabor families along with my own family for all their support."

The two-time Irish Champion Jockey who achieved ten Group 1 victories in his six seasons in the saddle will begin by training a small team of horses from the old David Wachman stables of Longfield near Cashel in Co. Tipperary.

"I look forward to training a small group of horses next year and will hopefully build from there."

Donnacha, who completed the required Pre-Racehorse Trainers Development Course earlier this year, follows in the footsteps of his older brother Joseph who also retired from race riding at a young age due to his own struggles with weight.

Joseph finished runner-up to their father Aidan in the 2019 Irish Trainers' Championship and with a third O'Brien now joining the training ranks the family's dominance of both the domestic and International racing scene looks set to continue into the future.

Bookmakers Paddy Power have priced up a number of special bets around possible achievements for Donnacha as a trainer in 2020 and the 11/8 about saddling a Group winner next season looks particularly enticing.