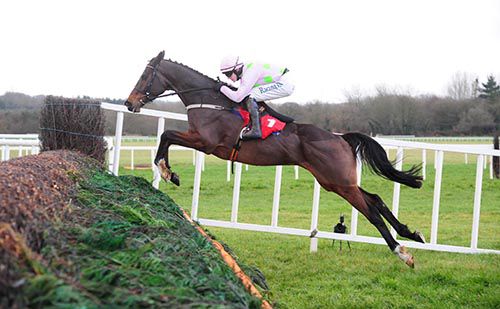 Douvan, Min and Un De Sceaux are all still in the mix for the BoyleSports Champion Chase on Tuesday.

A dozen horses have stood their ground for the two-mile showpiece on the opening day of the Punchestown Festival, with Willie Mullins holding a formidable hand.

Douvan has not been seen in competitive action since finishing second to stable companion Un De Sceaux when odds-on for this race a year ago.

Back in fourth that day was another Closutton inmate in Min, who returns following a scintillating display in the Melling Chase at Aintree.

Footpad and Great Field complete a Mullins quintet, while Tom George has confirmed 2016 winner God’s Own and Bun Doran.

Mullins also dominates the first Grade One of the week - the Herald Champion Novice Hurdle.

A 12-strong field at this stage is completed by Nicky Henderson’s Champagne Platinum, Elliott’s pair of Felix Desjy and Vision D’Honneur and the Mouse Morris-trained Sams Profile.