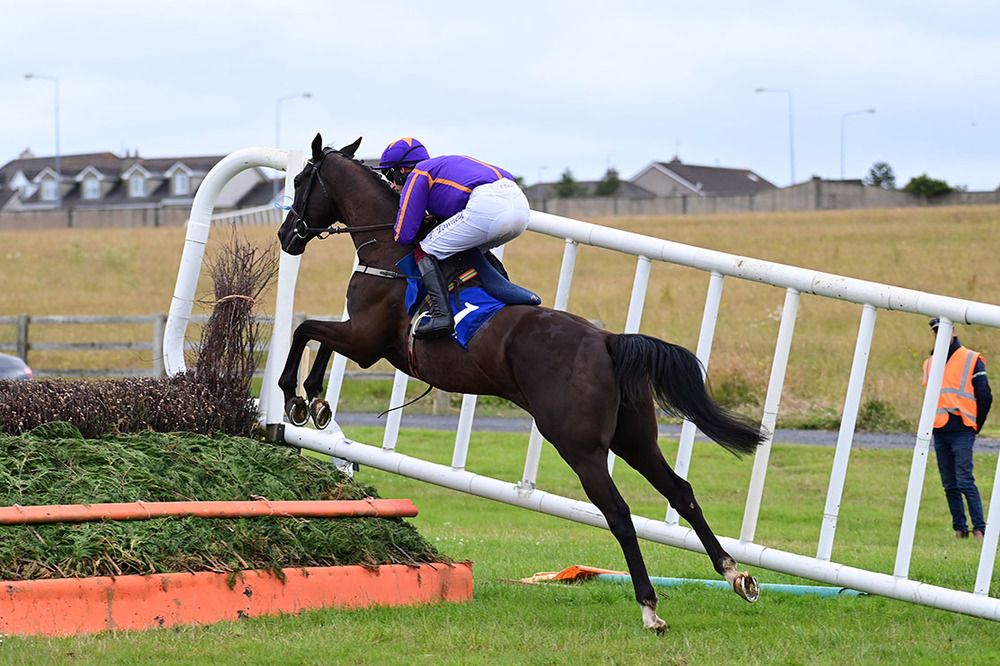 It was a ninth win over fences for the eight-year-old and maintained his unbeaten run for this year after Graded victories at Fairyhouse and Killarney and a conditions chase win at Listowel.

Paul Townend, completing a double along with Willie Mullins after Dragon Rock in the fourth race, made the running on his mount who was pursued throughout by Notebook The latter could make no impression on the winner after three out and lost second to Dromore Lad close home. Nine and a half lengths was the winning margin.

"That was fun on him to be honest," sait Townend.

"He was entitled to do it, he got into a good rhythm. We learned nothing more but he has another '1' alongside his name. He is a great servant. He was in his comfort zone everywhere over the handy fences here but he takes on a big fence well too.

"He probably has that rating now where it's going to be hard in handicaps while the winter Grade 1s are hard as well. Hopefully he keeps winning and they keep finding races like that for him!"