Elliott expects Allen to relish step up in trip at Naas 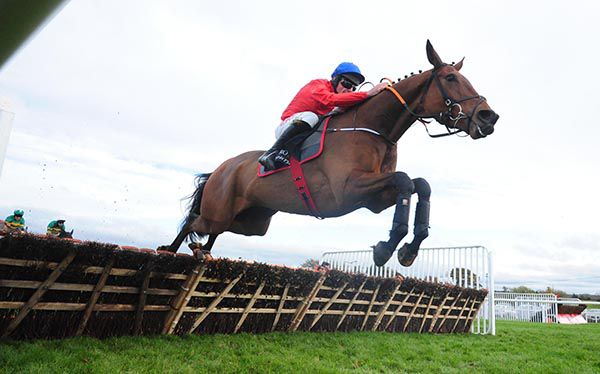 Gordon Elliott is looking forward to stepping Envoi Allen up in trip in the Grade 1 Lawlors Of Naas Novice Hurdle on Sunday.

He will face a tougher test of stamina now, over two-and-a-half miles, around Naas and Elliott is expecting him to relish the step up in distance.

“It looks like he's made for two-and-a-half miles. We're looking forward to it and it'll be a great day,” said the Cullentra handler.

“It's a great racecourse, there are no excuses there and the best horse normally always wins. It'll be a great stepping stone towards Cheltenham.

“You try and split the novices up and it looks like Envoi Allen will probably be better with a step up in trip so we're looking forward to running him.”