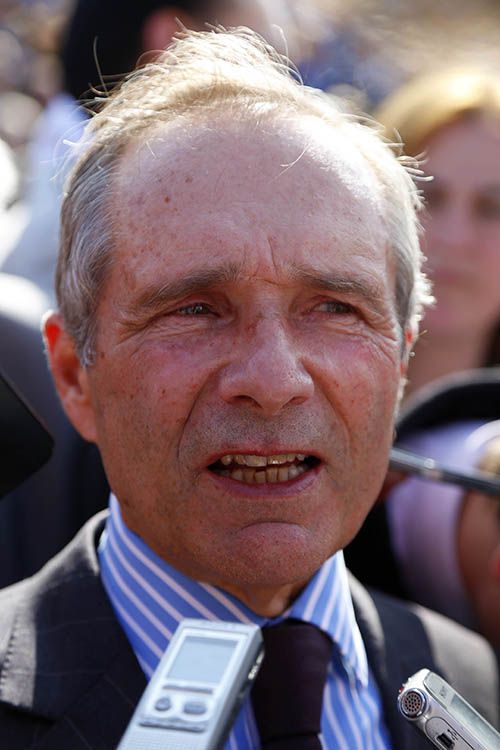 Andre Fabre has high hopes Persian King can join an elite list to have won both the French 2000 Guineas and French Derby on Sunday.

Persian King beat subsequent Newmarket Guineas winner Magna Grecia last season, but has remained at home so far this year and Fabre feels a Royal Ascot bid is unlikely as it comes less than three weeks after the Prix du Jockey Club.

However, he did admit that Champions Day later in the season could be an option for his top-class colt.

“Everything has been good since his last run and he’s coming along well ahead of Sunday, I think,” Fabre told Press Association Sport.

“I was hoping he could have won the Poulains (French Guineas) by 15 lengths, but in the end he just won by nearly two!

“Obviously we all like to dream that we have the new Frankel, but he did it well.

“If everything goes well on Sunday, I would imagine that Royal Ascot would come a bit quick for him, but Champions Day would certainly be an option later in the season.”

Persian King is one of 20 colts still engaged in the Sunday’s race along with stablemates Roman Candle and Slalom.

Aidan O’Brien has left in Mohawk, Norway, Van Beethoven, Anthony Van Dyck, Blenheim Palace, Cape Of Good Hope and Sovereign, several of whom are still engaged at Epsom on Saturday.

Charlie Appleby’s Breeders’ Cup winner Line Of Duty and Roger Varian’s Surfman are also entered at both Epsom and Chantilly.

Andrew Balding’s impressive Newmarket winner Raise You and John Gosden’s Kick On still have the option.

Among the home team is Alain de Royer-Dupre’s Zarkallani, a son of the brilliant Zarkava who only won his maiden last Sunday.