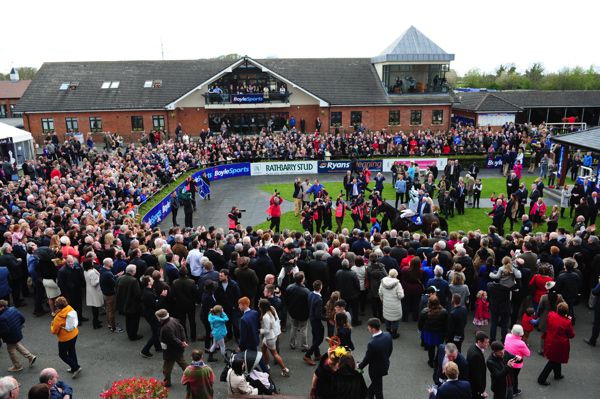 Fairyhouse's fixture tomorrow has been cancelled with the track currently unraceable.

There has been a further 30mm of rain since this morning, and rain is currently falling, with more expected tonight.

The National Hunt fixture was due to stage the reappearance of Henry de Bromhead’s Grade One-winning mare Honeysuckle, who was set to put her unbeaten record on the line in the two-and-a-half-mile www.fairyhouse.ie Hurdle.

Bought for £330,000 after winning an Irish point-to-point, the JP McManus-owned five-year-old could not have been more impressive when making a successful debut under Rules in a Down Royal bumper in late January.

Andy Dufresne is quoted for the Supreme Novices’ Hurdle, the Ballymore and the Albert Bartlett at the Cheltenham Festival in March — and had been set to kick off his jumping career under rules over two and a half miles in the Fairyhouse Easter Saturday Maiden Hurdle.