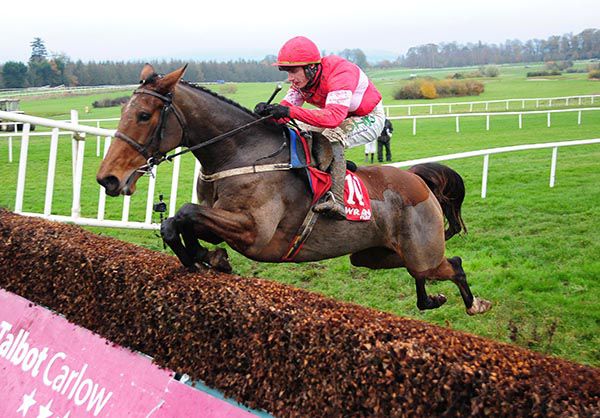 Fakir D’Oudairies and Laurina are set for a mouth-watering clash in the Racing Post Novice Chase at Leopardstown.

Joseph O’Brien’s Fakir D’Oudairies has already proved his top-level capabilities over fences, having built on an impressive chasing debut at Navan with a Grade One success in the Drinmore Novice Chase at Fairyhouse.

He bids to provide O’Brien and owner JP McManus with a second successive victory in this two-mile-one-furlong contest following the triumph of Le Richebourg 12 months ago.

Laurina has suffered just one defeat in eight starts for Willie Mullins, when finishing fourth in last season’s Champion Hurdle at the Cheltenham Festival.

She made a foot-perfect start to her chasing career when slamming dual Grade One-winning hurdler Minella Indo at Gowran Park last month and will be well-fancied to follow up in a race the champion trainer has won three times in the last four years with Douvan, Min and Footpad.

Mullins has a second string to his bow in Royal Rendezvous.

Grade Two honours are up for grabs in the Knight Frank Juvenile Hurdle.

O’Brien relies on A Wave Of The Sea, who was runner-up to stablemate Cerberus in a Grade Three at Fairyhouse at the start of the month.

Aspire Tower appears a major contender for De Bromhead following a dominant hurdling debut at Punchestown, while Mullins throws French recruit Echoes In Rain in at the deep end on his Irish and jumping bow.

Gordon Elliott also saddles a French import in Aramax — and Brendan Duke has high hopes for his Cork scorer Clemencia.