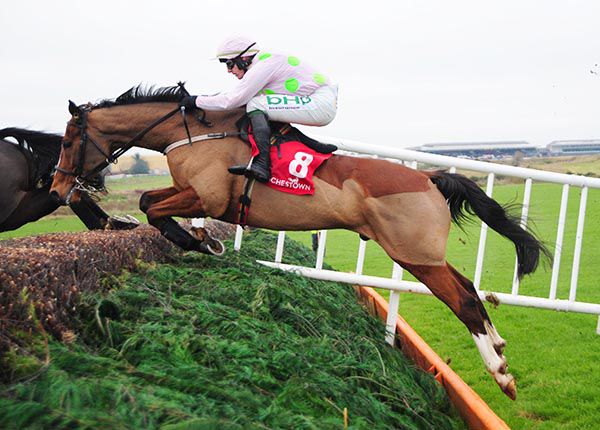 Faugheen and Samcro will do battle for the Matchbook Betting Exchange Novice Chase at Limerick on St Stephen's Day.

The Willie Mullins-trained Faugheen can count nine Grade One victories among his 13 over the smaller obstacles, including success in the 2015 Champion Hurdle at Cheltenham.

He is a late recruit to the chasing ranks as an 11-year-old who will turn 12 next week, but he made a smart start to his career over fences at Punchestown last month — recovering from one serious mistake to win decisively.

Faugheen’s legion of fans will be hoping he can stretch his top-level tally to 10 in the hands of the trainer’s son Patrick, who will be on board for the first time since steering him to success in a bumper at the 2013 Punchestown Festival.

Widely considered a superstar in the making following his novice season over hurdles, the seven-year-old endured an underwhelming campaign last term when being trained for a tilt at the Champion Hurdle.

However, he looked much more like his old self when making a successful chasing debut at Down Royal — and looked the most likely winner of the Drinmore Novice Chase at Fairyhouse earlier in the month until coming to grief two fences from the finish.

Elliott also saddles the only mare in the field in Tintangle.