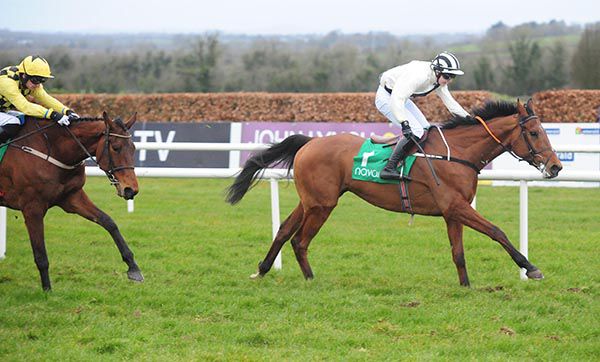 Fiddlerontheroof is among eight entries for the Grade One Unibet Tolworth Hurdle at Sandown on Saturday.

Colin Tizzard’s Irish import got off the mark over timber at the third attempt last time out, over the same course and distance he will face this weekend.

On his first outing for new connections he chased home subsequent Challow Hurdle winner Thyme Hill at Chepstow, and was then narrowly denied by Alan King’s Edwardstone on good ground at Wincanton.

Assistant trainer Joe Tizzard said: “He goes to the Tolworth. He was impressive last time and he proved he handled the track and the ground. He has got form around there, which is good, especially around a track like Sandown, as if it gets really heavy it can take a lot of getting.

“His form looks rock solid and I think those novice hurdles he was beaten in look particularly strong. That Wincanton race we tried be clever, but it backfired as he came up against a really quite good one in Edwardstone.

“He would have a great chance as he is a big, strong horse and can handle Sandown and the soft ground there.”