Final fields declared for rest of ParisLongchamp Group Ones 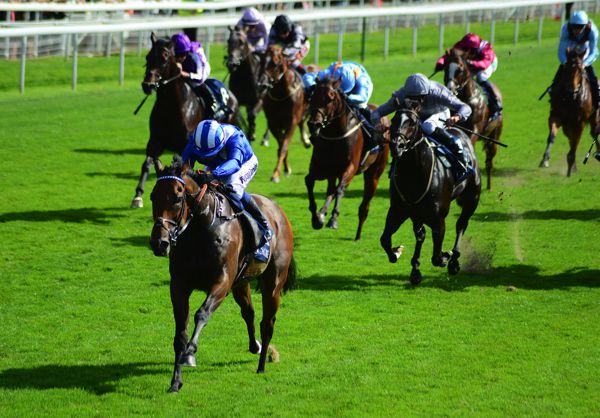 Battaash and Mabs Cross — the last two winners of the Prix de l’Abbaye — are among a field of 16 for this weekend’s renewal of the five-furlong dash at ParisLongchamp.

Charlie Hills’ Battaash arguably put up the best performance of his career last time out in the Nunthorpe, finally laying his York ghost to rest — and connections decided to skip a date in Ireland to keep him fresh for Sunday’s Group One, which will be live on Sky Sports Racing.

Since winning on her seasonal return, Mabs Cross has not quite hit the heights of last season, but her trainer Michael Dods will be hoping she returns to something approaching her best in defence of her title.

In a race that usually heads to a British or Irish-trained sprinter, the likes of Soldier’s Call, Invincible Army and Fairyland also help to form a strong raiding party again.

A field of 12 has been declared for the Prix de la Foret — with last year’s surprise winner One Master bidding for a repeat for William Haggas.

Sir Dancealot, Hey Gaman, Safe Voyage, Glorious Journey, Speak In Colours and Forever In Dreams also make the journey over, as does the German-trained Waldpfad.

Jessica Harrington’s Albigna will bid to bounce back from a disappointing effort last time out when she runs in the Prix Marcel Boussac.

Having won her first two starts, it transpired she scoped dirty after being beaten in the Moyglare Stud Stakes.

She faces eight rivals — including Andre Fabre’s Savarin, unbeaten in two and regally-bred being by Deep Impact out of Sarafina.

In the Jean-Luc Lagardere, Fabre has another strong contender in the unbeaten Victor Ludorum.

Aidan O’Brien runs Armory, no match for Pinatubo in the National Stakes last time out.

John Gosden’s Mehdaayih is among a field of 12 for the Pix de l’Opera — in which O’Brien runs Oaks runner up Pink Dogwood, Goddess and Fleeting.