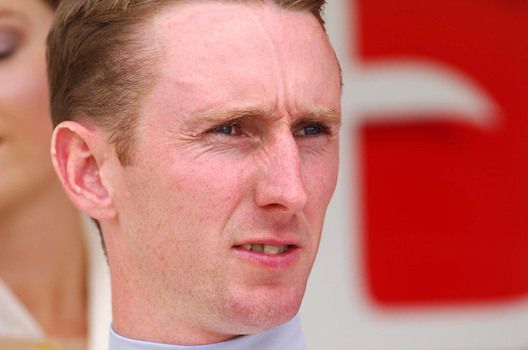 Forever In Dreams provided Irish trainer Aidan Fogarty with a winner at his first attempt in England as she scored a tenacious Listed success at Haydock.

Fogarty’s filly, the first he has trained to win for owner Con Marnane, was having just her second start for the stable as she pounced from off the pace to lead in the final furlong under Martin Dwyer.

The partnership then stayed on convincingly to take the EBF British Stallion Studs Cecil Frail Stakes at 16-1, by three-quarters of a length from Solar Gold.

The three-year-old grey may well have booked herself a return trip to Britain, too, for next month’s Commonwealth Cup at Royal Ascot, having only recently arrived at Fogarty’s Tipperary yard from France.

“This is my first ever runner in England — I was very green coming over,” he said.

“This is huge, memorable — she’s actually in the Commonwealth Cup, so she might go there.”

The plan to head to Haydock was hatched on the back of an encouraging run at Cork, following Forever In Dreams’ two wins out of two in France a year ago, when in the care of Matthieu Palussiere, before she was beaten less than two lengths in Ascot’s Queen Mary Stakes.

“She ran well in Cork two weeks ago,” added Fogarty.

“She just got tired in the last 100 yards, (but) we thought six (furlongs) would suit her better coming over here. We were half-fancying her, and it was brilliant.

“That’s my first winner for Con (as well) — I’ve just started training his horses this year.”

Franny Norton was still at the back of the nine-strong field turning into the straight in the two-mile event — but was never seriously concerned about getting there in time on the 4-1 shot, who appeared to get stuck in the mud last time in the Chester Cup.

Leading a furlong out this time, the four-year-old was completing an early across-the-card treble for bang-in-form trainer Mark Johnston.

Norton said: “He did it well. He took a long time to warm up — but then once I turned in I thought, ‘I’ve got these’.”

The winning jockey later completed a double on the card for Johnston when Sir Ron Priestley was decisively too good for his three rivals in the Amix Handicap, the 1-2 favourite eased down for a three and three-quarter-length verdict which keeps him on course for Ascot’s King Edward VII Stakes.

Beatboxer may also be headed to the Royal meeting, after flashing home late in the Amix Silver Bowl Handicap — claiming long-time leader Munhamek to spring a 20-1 shock by a neck under Robert Havlin.

It was a significant return to form, in a first-time hood and tongue-strap, for John Gosden’s three-year-old — who had looked a speedy star in the making when winning his first two starts last summer.

He followed them with two miserable performances, though, failing to beat a horse home and beaten more than 30 lengths both in the Royal Lodge Stakes and on his Listed return to Newmarket this month.

Returning to the scene of his second career win, Beatboxer’s instant impact in handicaps earned him a Paddy Power first show of 12-1 for the Britannia Stakes — and trainer’s son Thady confirmed that may well be the plan.

He said: “It wouldn’t be the worst idea — maybe there, or possibly somewhere else next.

“He showed a lot of promise last year, and he slightly lost his way — obviously he didn’t run too great at Newmarket last time.

“He showed a lot of guts there to come and win from right out the back. It was a pretty rough race, but luckily he managed to stay out of most of that.”