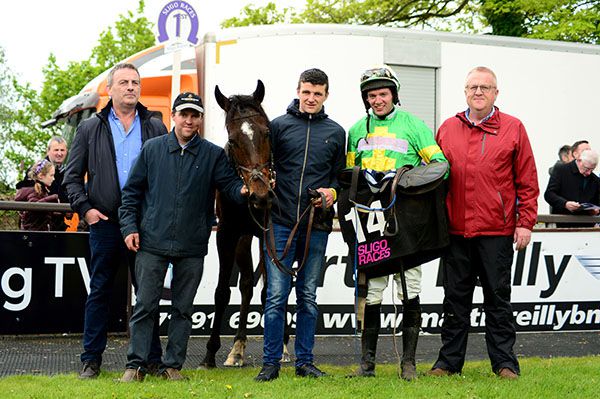 Fox, who landed the National two years ago on One For Arthur and enjoyed another good spin on the Lucinda Russell-trained gelding in the Aintree showpiece when sixth earlier this month, recorded what was an unlikely victory for most of the 2m4f trip here.

The Mark McNiff-trained gelding did well to survive a bad mistake at the fifth flight, and still had more of the 15-runner field ahead of him than behind after the second last.

However the seven-year-old came home to such effect on the run-in that he had six and a half lengths to spare at the line. Solar Heat denied Epsilon Indi close home for the runner-up spot, with the latter’s rider Darragh O’Keeffe picking up a five days suspension for mistaking the 50 yard post for the winning post and easing down.

Fox said, “He made a bad mistake early and got a bit out of his ground but as the race went on he warmed up and jumped well. Once he started passing one or two he flew home.

“They probably went a good enough gallop but he got into a nice rhythm after the mistake and relaxed. He kept going well, and is like a horse that will stay further. Slower ground might help him as well.”