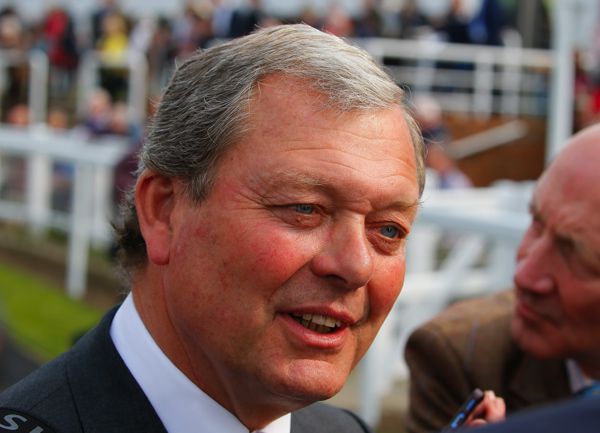 Frankellina's participation in the Investec Oaks is unlikely to be decided until the weekend at the earliest.

The William Haggas-trained filly finished a close second in the Musidora Stakes at York last week on just her second outing.

Haggas' pre-race fears that she might be in need of the run came to roost when the daughter of Frankel flattened out inside the final 100 yards to be beaten just a neck, dead-heating for second with Entitle behind Nausha.

Owner Anthony Oppenheimer said: "I have talked to William since, but all he said was he’d wait to see how the filly came out of the race.

"She had quite a hard race, especially for just her second ever run, and she was blowing for about 40 minutes after it.

"I don’t think we’ll decide (about the Oaks) until the five-day stage at the earliest — there’s no need to really.

"She ran a nice race. She did get left in the stalls a bit, but I don’t think that made any difference to the result."

"The jockey (Frankie Dettori) felt he should have made more use of her, (that) he should have gone quicker because she was coming back at them,” said Oppenheimer.

"It looked a strong race, actually. There's a feeling it could have been stronger than the Musidora."

Oppenheimer is looking forward to running Byzantine, trained by John Gosden at Haydock on Friday.

The youngster is set to be the first progeny of the brilliant Golden Horn, who also sported Oppenheimer’s silks, to run.

"I'm sure Golden Horn hasn't had a runner yet, so it will be nice to have his first," he said.

"If he wins I think we’ll be looking at the Chesham, but John keeps things very close to his chest - so I don’t know how good he is."

Oppenheimer also suggested that First In Line, a New Approach colt who was second on debut, may also head to the Royal meeting for the King Edward VII Stakes.