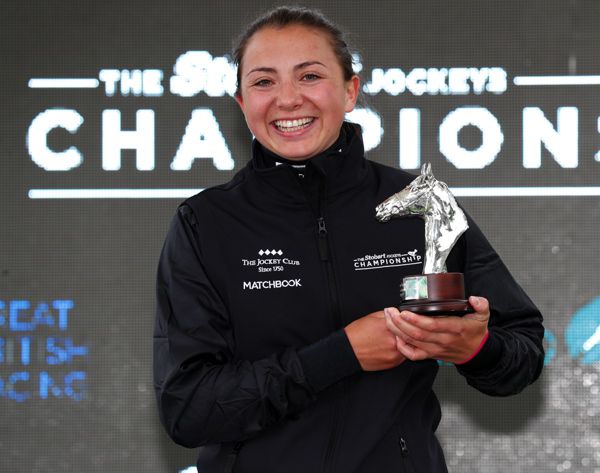 Bryony Frost plans to do plenty of homework to give herself the best chance of claiming victory aboard Black Corton in next month's Galway Plate.

The 24-year-old will be reunited with the Paul Nicholls trained eight-year-old in the Tote-sponsored showpiece, following his spin on the Flat under the Ditcheat handler's daughter, Megan, in the Queen Alexandra Stakes at Royal Ascot.

Although it is not the first time last season's champion conditional jockey has ridden in Ireland, Frost intends to make sure she is well prepared for the trip.

She said: "I've ridden at Fairyhouse and Inch in a point-to-point and a bumper in Killarney, and that is it in Ireland.

"The Irish boys ride a lot tighter together and the lanes on their motorway are a lot skinnier.

"It will be a great experience and I can’t wait to get back on the little guy. It is a very sharp track and I will pick everyone’s brains out there on how to ride it.

"I will watch a lot of replays of the race to try to work out if there’s a pattern to it, as when you are going in blind that is what you do."

Though Frost had to make do with saddling up Black Corton instead of riding him at the Royal meeting, she was happy enough with his first performance on the level.

She said: "He had never run on the Flat before, but that race does often have National Hunt horses in it. The rain didn’t keep coming, so it got quite quick, which didn’t help him.

"When he hit two furlongs out, the proper Flat horses just sprinted past him, but he didn’t go backwards, he just kept galloping.

"He did everybody proud and he came out of the stalls great. He is just an amazing little chap, who can turn his hand to anything."

The focus for Black Corton at the present time may be on a trip to Galway - but should that go well, he could be sent even further on his travels later in the year.

Frost added: "We joked about America and the Grand National there the other day.

"That is a long way off, but that could be a feather in our cap to go out there and do that."