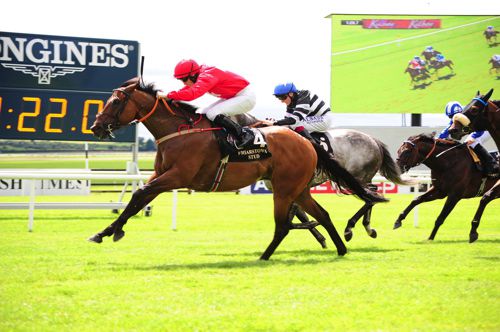 Gordon Lord Byron bids to secure a 17th career victory in the Plusvital Ballycorus Stakes at Leopardstown on Thursday.

It will be seven years in October since Tom Hogan’s veteran secured the first of three Group One triumphs in the Prix de la Foret at Longchamp. He went on to land the following year’s Sprint Cup at Haydock before travelling to Australia to win another top-level prize the following spring.

At the age of 11, Gordon Lord Byron is not the force he once was, but proved he is no back number when third in the Group Two Greenlands Stakes at the Curragh on his latest appearance.

Hogan said: “He seems in good form. He worked well this week and we’d be hoping he’ll run well.

“He’s well in himself and if he can pick up some prize-money, we’ll be happy.

“They’re calling the ground good to firm. There is some rain forecast, but it won’t inconvenience him as long as it doesn’t get too soft.”

The highest-rated participant is the Jim Bolger-trained Flight Risk, who claimed his second win at Leopardstown with a dominant display in the Listed Glencairn Stakes a week ago.