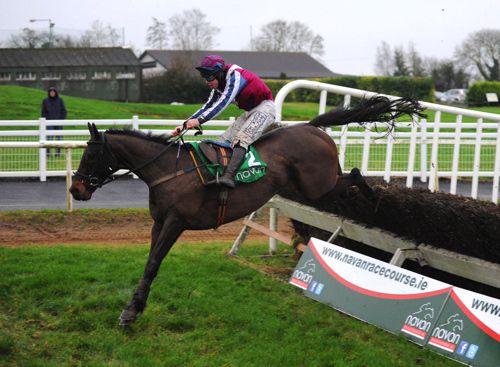 Fine Rightly is “highly unlikely” to take part at the Cheltenham Festival because of concerns the ground will be too fast for him.

Stuart Crawford’s charge has nine victories to his name, but a lack of rain may well see him miss Prestbury Park next month.

The ground is currently Good at Cheltenham but the weather forecast is for up to 30mm of rain to fall in the area over the coming week.

But Crawford said: “The ground is too dry, and he’s a heavy-ground horse.

“He is highly unlikely to go to Cheltenham, because he is so ground dependent.

“He has dropped down the handicap, and I still think there is a decent day in him.”

Crawford believes Cheltenham will be ideal, however, for Jimmy Breekie — who holds entries in the Coral Cup and the Martin Pipe.

The nine-year-old finished a solid third in Grade B company at Navan in January and again at Leopardstown during the Dublin Racing Festival at the start of the month.

Crawford said: “I think the track at Cheltenham will suit him, and either trip is fine if he gets in. His form is good.

“He was a wee bit hampered at Leopardstown but finished the race out strongly.”