Haggas enjoying the rain ahead of British Champions Day 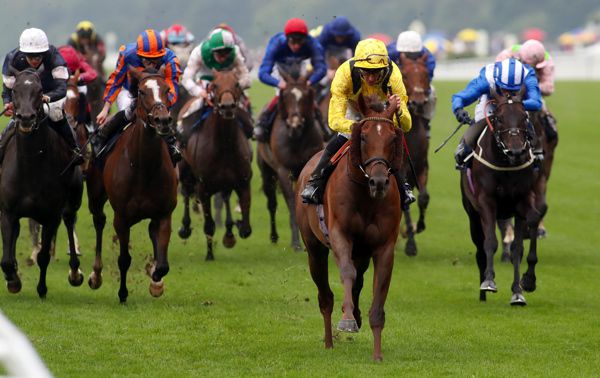 William Haggas believes Addeybb can make his presence felt in the Qipco Champion Stakes at Ascot on Saturday week, provided conditions are suitable.

The five-year-old claimed Group Three honours at Haydock in August and warmed up for his latest assignment with a racecourse gallop over a mile, alongside stablemate Young Rascal, before racing at Newmarket on Friday.

Haggas said: “That (gallop) was important and just what he needed.

“We ducked France and his last run was at Haydock, but he has proved he goes well fresh, even going back to his run in the Lincoln (in 2018). He has shown he loves soft ground, so we are hoping it pours with rain.

“He was good (when winning) at (Royal) Ascot, but when he ran at York it was not soft enough and he got in a bit of a pocket. It was really bottomless at Haydock and he won OK.

“We’ve freshened him up and we think he’s in good shape. He is a gelding, he’s rising five and needs to start chasing some money.”

He said: “We tried the mile in the Falmouth. For most the race she looked like she was going to win, the winner got a good ride but she was weak in the last half-furlong.

“She is very effective in soft ground and I don’t think she has ever been beaten in it.

“The trip is too short for her, but the ground will make it a stamina-laden race.”

Move Swiftly will return to the scene of her Duke of Cambridge success at the Royal meeting as she bids to bounce back from defeat in the Prix Rothschild in the Queen Elizabeth II Stakes.

Like Addeybb, the four-year-old stepped up her preparations with a racecourse spin over seven furlongs under Michael Hills.

He said: “It was not a surprise she won on her comeback. She is a talented filly, she has had her training issues but she loves the soft — she liked the soft ground when she won the Group Two at Ascot.

“She is probably not up to QEII standard, but if the ground is very soft she will enjoy it.”