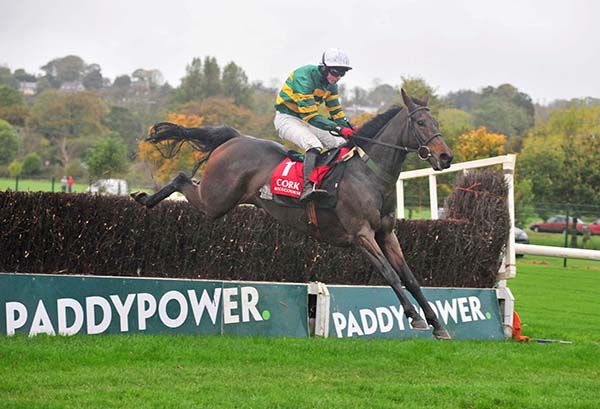 The Grade Two Kerry Group Hilly Way Chase at Cork on Sunday is set to be Ballyoisin's fifth start of 2019, as Enda Bolger sends his charge back in search of another win at the Mallow venue.

“He's won around Cork already before, he won a handicap there," said Bolger.

Ballyoisin triumphed at Killarney in August and last time he followed up his 2018 success in the Fortria Chase at Navan.

The Limerick-based handler is now hopeful of further gains for the J P McManus-owned eight-year-old.

“He'll love the jumps and it looks like the next step for him. He's also entered for Leopardstown but I think Cork will be on the agenda," said the Kilkenny native.

“He came out of Navan in great form. It surprised me how well he handled the ground on the day because we always thought that he was a real good ground horse.

“He finished out his race so well in Navan and the older he's getting the better he's handling the ground.

“The main thing is that his jumping is brilliant and he got a great ride from the front, from Mark, the last day as well.

“I know we may have caught some of the Cheltenham horses fitness wise but he still had 11st10lb on him and it was a good performance all around.”