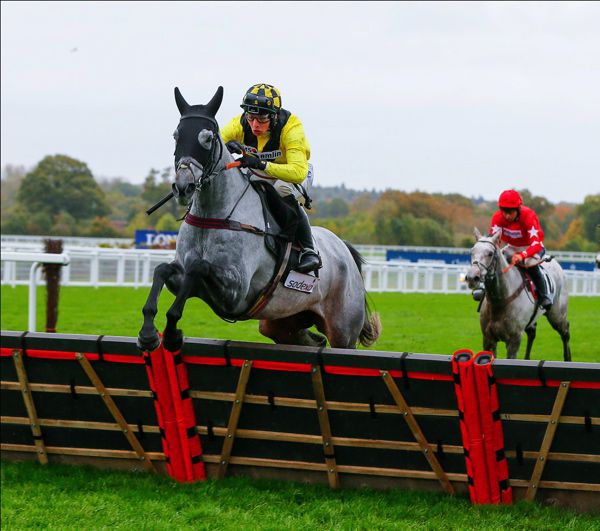 Warner’s colours have been carried to victory in this valuable race by Rooster Booster in 2002 and Detroit City in 2006, and Gumball earned his place when making all to score at Ascot earlier this month.

The five-year-old, trained by Philip Hobbs, is set to line up, but conditions have tempered Warner’s hopes.

“He’s going to run, but it’s a bit chancy because I think it’s a bit heavy for him,” said Warner.

“He has a chance. I’ve been reading that front-runners do well, but I wouldn’t be that confident about him. He does prefer better ground.

“The same lad rides him who rode him at Ascot (Ben Jones).

“Philip’s horses are running quite well and that’s a good sign. I wouldn’t go overboard about him. He has a chance, but the ground might be too soft for him.”

The Hobbs stable has a second string to its bow in Zanza, who bounced back from a poor display at Chepstow to win at Newbury.

Evan Williams is keen to give Quoi De Neuf his opportunity after shaping well when runner-up on his reappearance at Chepstow last month.

“He ran well last time and I’m very keen to run him in a good handicap again,” said the Llancarfan trainer.

“It’s obviously a very good race. I was keen to run him again over hurdles.

“I’m not worried about the ground or the track. It’s very competitive. It’s the competitive nature of the race that is going to be tough.

“I’m not really worried about anything and the horses are in good form, so it’s worth a try.”

Quel Destin was a prolific winner as a juvenile last term and gave weight away all round on his return at Cheltenham last month.

Jockey Harry Cobden is optimistic of another top effort from the Paul Nicholls-trained four-year-old.

“It was a tough performance, but I don’t think it’s taken too much out of him because I schooled him the other day and he felt fantastic and he looks brilliant,” said Cobden.

“He’s one of those horses who keeps trying for you. He’s got top-weight, but it doesn’t look the strongest Greatwood there’s ever been, so I think he’s got a good chance.”

“That Old Course at Cheltenham seems to suit Quel Destin well, as he has won round there a couple of times,” he said.

“He has plenty of weight, but he is a very tough, consistent horse that jumps very well and I don’t think a big field will bother him.”

Alan King has targeted Harambe at this race for a while, but his preparation was slightly disturbed by a setback recently.

“We won the Greatwood two years ago with Elgin, and I have had the race in mind for Harambe for some time now,” said the Barbury Castle trainer.

“Unfortunately, Harambe suffered a setback in the middle of last week, and, while it was only a small blip, it is not ideal.

“He took time to get the hang of hurdling, but he came good in the spring, winning twice and then running an excellent second at Sandown.

“He was a bit keen on his comeback at Chepstow, but I liked the way he stayed on from the last, and the race will have brought him on.”