Hogan off the mark in 'unplaced' maiden 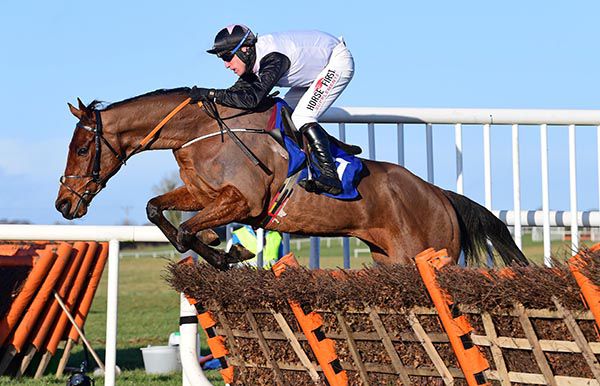 Sean Hogan galloped on powerfully in the closing stages to justify favourtism in the 'unplaced' maiden hurdle at Thurles.

Robbie Power went on after three flights on the 5/4 shot and he found plenty down the straight to get the job done in the two-and-a-half mile contest.

The Henry de Bromhead-trained gelding was slightly untidy two from home and was soon asked for an effort. Endless Cash looked a danger as he gave chase but couldn't peg back the Robour-owned gelding who, despite another slight error at the last, kept on well to post a four-and-a-half length win.

The winner had been close enough in third when falling three from home on his previous outing at Punchestown.

"he was still going well enough the last day when he fell over at the third last and was probably entitled to do that today on that run.

"I think if we were going a stride quicker he'd settle - I'd love to ride him on better ground in a better race.

"He was very lairy in front and was having a good look around and got under the last but when I got stuck into him he picked up nicely.

“More experience would help, he is a nice moving horse and I think nicer ground would bring some more improvement."