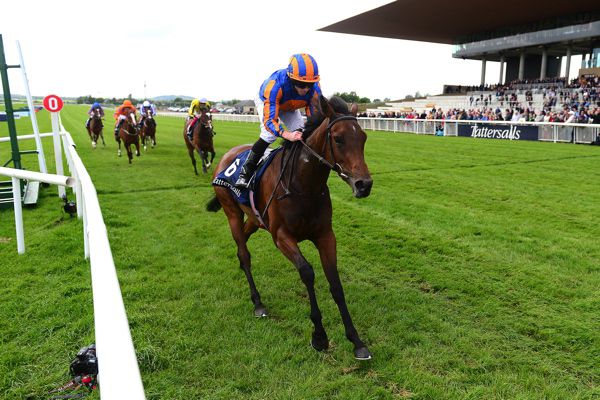 Hermosa bids to cement her place at the head of the fillies' mile division with a third Group One success in Friday's Coronation Stakes at Royal Ascot.

Aidan O’Brien's charge fell short in three attempts at the top level as a juvenile, but after springing a 14/1 surprise in the Qipco 1000 Guineas at Newmarket, she has since added the Irish equivalent to her CV and is a hot favourite to strike further gold after being rerouted from the French Oaks.

“We were going to go to France (for last Sunday’s Prix de Diane) but decided to stick to a mile as we think Ascot will suit her, she should be fine on the track. We’re looking forward to running her.”

Jubiloso is rated as Hermosa’s main challenger despite the fact this will be only her third outing and she is stepping right up in class after winning just a maiden and a novice to date.

Her trainer Sir Michael Stoute said: “It will be a big step up for Jubiloso as she has only won a maiden and a novice race. But she has been very impressive and is progressive. She is a classy filly.

“Whether she is good enough to take on the fillies in the Coronation Stakes, we will find out.

Jubiloso is by Shamardal out of Joyeuse, a half-sister to Frankel, and while Teddy Grimthorpe, racing manager for owner Khalid Abdullah, admits her pedigree fits the bill, her form requires a massive improvement.

He said: “It’s a huge ask. People must look at the pedigree and think she must be a Group One filly. Her work has suggested she is pretty useful.

“Whether she is up to this standard, we don’t know, but we very much hope she will be. She has got a bit to prove as she has gone from Chelmsford to a novice at Newbury and now you’re looking at a Group One against the best three-year-old mile fillies.

“Everything she has done so far suggest she deserves to go.

“I think you would have liked to have had one more race, just because she is relatively inexperienced, but then again, for three-year-old mile fillies this is last chance saloon as she will have to meet older horses further along the line.

“You never know if they will handle the occasion until it is upon you and you can’t simulate it.”

In addition to Hermosa, there are two other Classic winners lining up with Mark Johnston’s German Guineas-winning Main Edition trying to transfer her Dusseldorf form to British soil.

The trainer said: “It’s a huge jump from her German Guineas form to the Coronation, but this is a horse who on last year’s form was aimed at the English Guineas.

“We didn’t feel she was in great form for the Nell Gwyn (when seventh) so we switched the plan, went to Germany and got a Group Two and a Classic in the bag. Now we are back on track shooting at the big one.

“She’s got an awful lot to find, but it’s nice to have that win under our belt and, of course, she won at the meeting last year.”

Roger Varian’s Mot Juste was declared a non-runner on account of the ground.