If The Cap Fits could make the trip across to Leopardstown 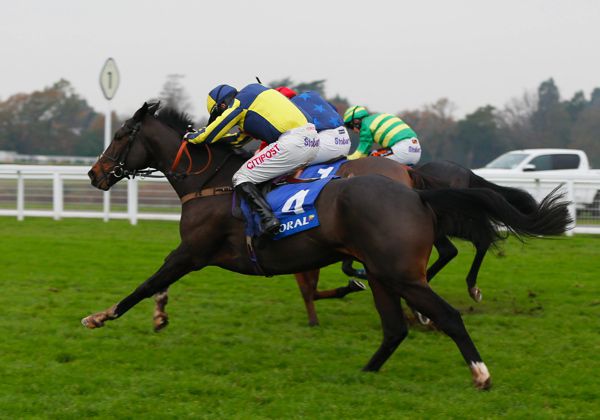 Paisley Park will face a maximum of five rivals when he bids for back-to-back victories in the Marsh Hurdle at Ascot.

Emma Lavelle’s stable star dominated the staying hurdling division last season — winning each of his five starts, including this Grade One contest, better known as the Long Walk, as well as the Stayers’ Hurdle at the Cheltenham Festival in March.

Having made a successful reappearance in the Long Distance Hurdle at Newbury at the end of last month, the seven-year-old will be a long odds-on favourite on Saturday to stretch his winning run to seven on his return to Berkshire.

Perhaps the most notable absentee from Monday’s confirmations is the Harry Fry-trained If The Cap Fits.

The Milan gelding got the better of subsequent International Hurdle hero Call Me Lord, in a thrilling renewal of the Coral Hurdle at Ascot last month, and looked set for a mouth-watering clash with Paisley Park this weekend.

However, Fry feels his charge is not yet ready for another race.

“We’ll see how he is in the next week or so. He is entered at Leopardstown the following Saturday (Leopardstown Christmas Hurdle, December 28). If he’s not ready for that we’ll just have to wait for the Cleeve Hurdle at Cheltenham at the end of January.”

Also missing from the confirmations is Colin Tizzard’s 2015 Long Walk hero Thistlecrack. The 11-year-old finished runner-up to Paisley Park at Newbury, but now looks set to revert to fences for the Ladbrokes King George VI Chase at Kempton on Boxing Day.

Tom George’s The Worlds End could renew rivalry with Paisley Park, having finished third in the Long Distance Hurdle.