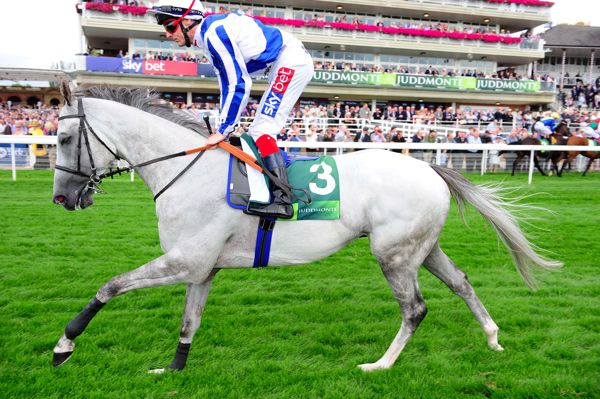 David Menuisier is expecting an improved showing from Thundering Blue if he lines up at Goodwood this weekend.

The popular six-year-old enjoyed a fantastic campaign in 2018, winning at Group Two level and twice being placed in Group One company, but he failed to sparkle on his return at Sandown last month.

Thundering Blue finished last of seven runners that day, but Menuisier felt he badly needed the run and should strip fitter if he takes up his entry in Saturday’s Listed Betfair Best Odds On ITV Races Festival Stakes.

He said: “He really needed the run at Sandown. He was a bit fresh early on, then he relaxed, but he could not go with them when they quickened with two furlongs to run — so Andrea (Atzeni) left him alone.

“He’s in at Goodwood on Saturday, and I’m likely to run him in the one-mile-two-furlong race.

“He’s improved for the run at Sandown. He’s still not fully wound up, because he’s a horse for July-August time, but he has come on for that first run.”