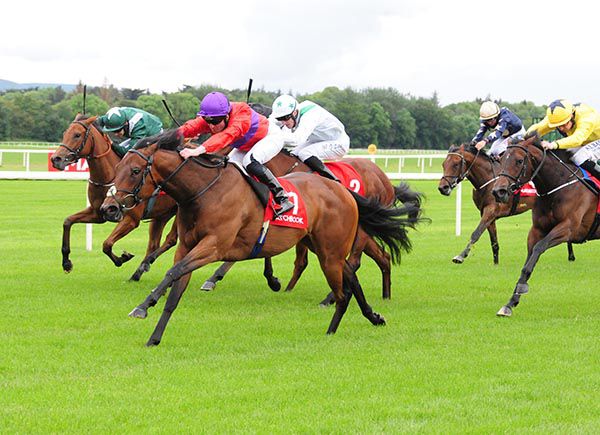 He was beaten in the first at Fairyhouse with second placer Never Before but Joseph O’Brien gained quick Cork compensation courtesy of Royal Affair in the Matchbook Irish EBF Fillies Maiden (Plus 10 Race).

Seamie Heffernan rode this daughter of Kingman for the HLT Partnership and after breaking smartly to lead she dictated through the five furlong event.

"She had two good runs and Joseph's are inclined to improve from run to run. She is quick and is improving," said Heffernan in the aftermath.

Following a request from broadcasters, the Stewards granted permission for a one minute delay to the first race.

The Irish Horseracing Regulatory Board Veterinary Officer examined Tinkerbells Effect trained by Joseph Patrick O'Brien, at the request of the Stewards and reported the animal to be blowing hard post race.

R.P. Whelan, rider of Angelic Queen trained by Ross O'Sullivan, reported to the Clerk of Scales that his mount hung right when under pressure.

The Irish Horseracing Regulatory Board Veterinary Officer reported to the Stewards that Royal Affair trained by Joseph Patrick O'Brien was found to have pulled the left fore shoe.