Killourney makes it a 159/1 Tipp treble for McCreery 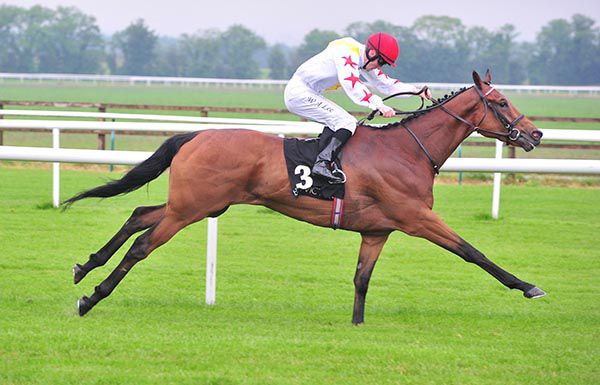 Willie McCreery saddled his second treble this month as Killourney made virtually all in the Follow BetVictor Racing On Twitter Handicap at Tipperary.

The Curragh trainer, who also saddled a treble at Gowran Park on June 3, has his team in flying form and this brought his tally for the season to 17.

Billy Lee, who was partnering a quick double having won the previous maiden on Memyselfandmoi kept the well-backed 3/1 chance up to his form and was going away at the finish.

The winning margin was two and a half lengths over Balefire with Peruvian Lily another four lengths adrift in third. Sweetest Taboo and the aforementioned Memyselfandmoi were the other legs of this 159/1 treble for the former Kildare county footballer.

McCreery said, "He is a big honest horse who did it well in Gowran and did it well today.

"Bill said the track was a tiny bit tight for him and he'll come on from that.

"Pat Grogan from Killourney owns and bred him (as part of the Rachra Partnership) and they have a better looking half-brother by Kodiac to sell this year!"