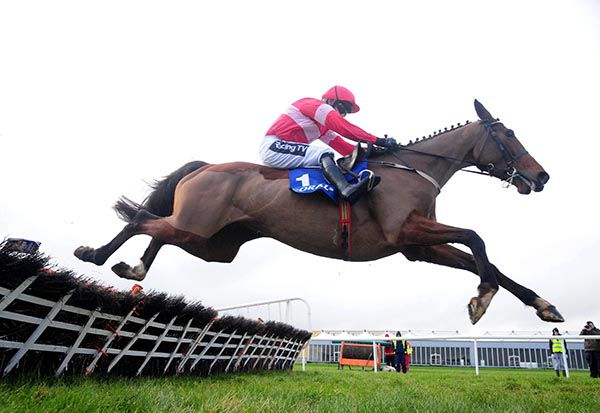 Cheltenham Festival winners Laurina and Minella Indo will lock horns on their respective debuts over fences at Gowran Park on Saturday.

The Willie Mullins-trained Laurina was a jaw-dropping 18-length winner of the Dawn Run Mares’ Novices’ Hurdle at Prestbury Park in March 2018 — and returned to the Cotswolds last season as a leading hope for the Champion Hurdle.

While she performed below expectations in finishing fourth, she nevertheless remains a top-class prospect ahead of her first start over the larger obstacles in the two-and-a-half-mile Irish Stallion Farms EBF Beginners Chase.

Patrick Mullins, assistant to his father, said: “Laurina looks made for chasing and we’ve been happy with her schooling at home.

“Gowran is our local track and the soft ground is a help, but Minella Indo is a fierce opponent on her fencing debut.”

Henry de Bromhead’s Minella Indo was a surprise winner of the Albert Bartlett at Cheltenham in March, but proved that victory was no fluke when completing a Grade One double at the Punchestown Festival in early May.

De Bromhead said: “We’re looking forward to getting him started. No matter where we go it seems to be very competitive at the moment.

“I hope he’ll make up into a good chaser. We’ll get him started and see how we go.”