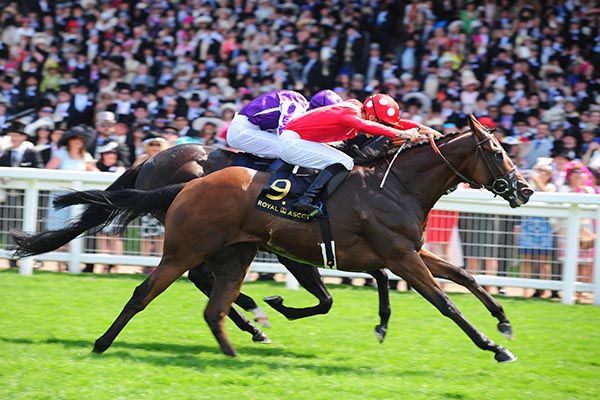 Ante-post favourite Le Brivido is one of 18 horses confirmed for the Queen Anne Stakes at Royal Ascot on Tuesday.

Already a winner at the Royal meeting having landed the 2017 Jersey Stakes when trained by Andre Fabre, the five-year-old son of Siyouni has run twice since joining Aidan O’Brien — finishing third in the Gladness Stakes at Naas and fifth in the Lockinge at Newbury.

O’Brien — who has previously won the Queen Anne with Ad Valorem (2006), Haradasun (2008) and Declaration of War (2013) — also has I Can Fly and the top-class filly Magical in contention, although the latter appears more likely to run in the Prince of Wales’s Stakes the following afternoon.

The potential Irish challenge in the traditional Royal Ascot curtain-raiser is completed by Dermot Weld’s Amethyst Stakes winner Hazapour, with Frankie Dettori booked for the ride. The Italian partnered Hazapour twice last season, including when fifth in the Investec Derby at Epsom.

There is one French-trained entrant in Jean-Claude Rouget’s Olmedo.